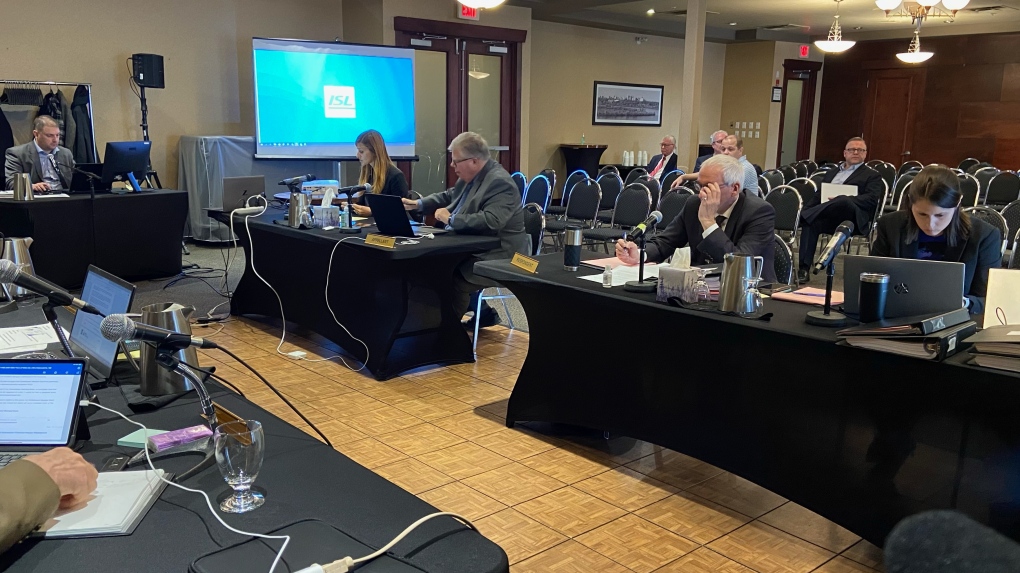 Darren Young takes questions from representatives from White City and the RM of Edenwold at a Saskatchewan Municipal Board hearing about an annexation proposal on Nov. 24 2022 (Donovan Maess / CTV News Regina)

The town had proposed the annexation of 3,989 acres of land belonging to the RM of Edenwold to change its community boundary.

The SMB’s announcement follows the hearing held in November in Regina, which included presentations and legal arguments, according to a news release from White City.

White City Mayor Brian Fergusson said they are disappointed in the decision by the SMB.

“We respect the board’s decision but ultimately feel this is setting a dangerous precedent for urban municipalities across the province of Saskatchewan,” he said in the release.

“The committee’s decision ultimately sets a precedent that rural municipalities can grow unchecked on the borders of urban municipalities,” Town Manager Rodney Audette said in the release.

The Town of White City said it will now review future growth plans and opportunities.

In a statement, Mitch Huber, the Reeve of the RM of Edenwold said with the legal dispute now over, they would like to offer White City success with its plans for future development, including developing a town centre.

“With cooperation, both municipalities can prosper and be good partners to all the communities in the region,” the statement read.