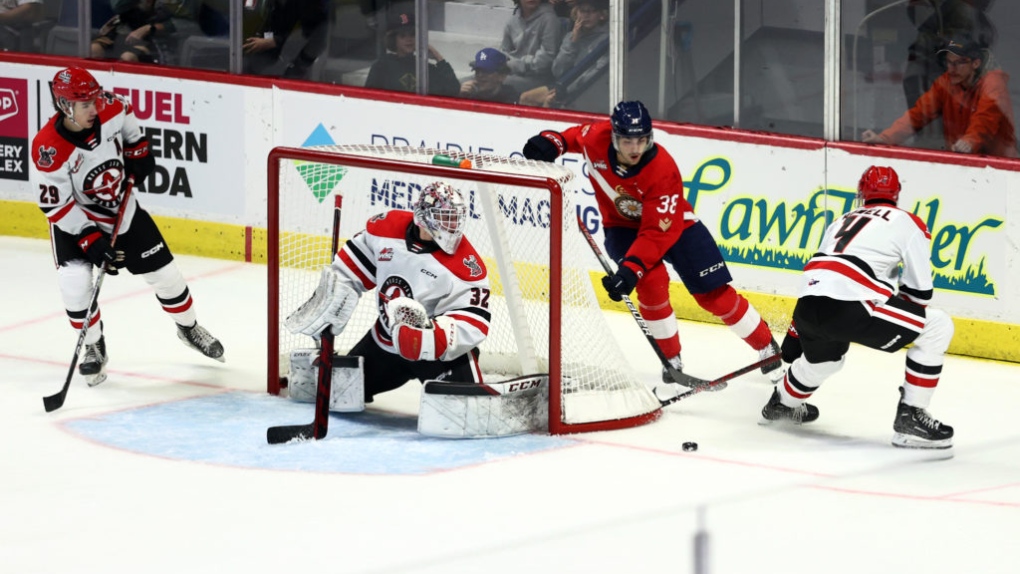 The Western Hockey League’s (WHL) 2022-23 season kicked off Friday night with eight games across the country. The results of the various season openers were mixed for several of Saskatchewan’s five teams.

Ben Riche scored twice to help lead the Moose Jaw Warriors to a 5-4 win over the Regina Pats on Friday Night at the Brandt Centre.

Regina Pats superstar and the youngest captain in franchise history, Connor Bedard, was held off the scoresheet despite registering a whopping ten shots on goal.

After a scoreless first period, the second was filled with action. Atley Calvert, Josh Hoekstra and Ben Riche scoring for Moose Jaw, while Cole Dubinsky, and Tye Spencer (two) replied for Regina.

Borya Valis scored to open the third period with assists going to Tanner Howe and Layton Feist. Lynden Lakovic scored less than a minute later to draw the visiting Warriors even.

Midway through the third, the game winning goal, came off the stick of Riche.

Connor Unger made 35 saves on the night for the Warriors while Koen MacInnes stopped 15 shots in goal for the Pats.

"There was a lot of times where after we scored, the next shift we kind of let up a bit."

Momentum shifts were a big factor on Friday.

The Calgary Hitmen opened the scoring on the powerplay just under six minutes into the contest.

Carson Wetsch blasted a one-timer over the pad of a sliding Reid Dyck to give the visitors a 1-0 lead.

The Broncos tied the game with 5:56 to go in the middle frame when Luke Mistelbacher scored on a wrap-around attempt for his first WHL career goal.

Brady Birnie and Sam McGinley drew assists on the Broncos goal. It was a very similar goal that stood up as the game winner.

Maxim Muranov moved out from behind the net. Dyck stopped the first shot on goal, but Muranov batted home a second chance.

Shots on goal were just 20 to 19 in favour of Calgary. The Hitmen went one for seven on the power play, while the Broncos were unable to capitalize on any of their five chances.

The Swift Current Broncos travel to Calgary for a rematch with the Hitmen at 7 p.m.

The Broncos head to Calgary tmrw for a rematch at the Scotiabank Saddledome.

CTVNews.ca speaks with victims of stalking and harassment, and with advocates and legal experts who are calling on Canada to overhaul how it handles these cases from the police, to courts, and to the communities we live in.

A Black-owned yoga studio in Ontario is closing its doors due to thousands of racist and violent messages on social media.

Canadians sending parcels this holiday season may be surprised to see a steep surcharge on domestic shipping due to the high price of diesel.