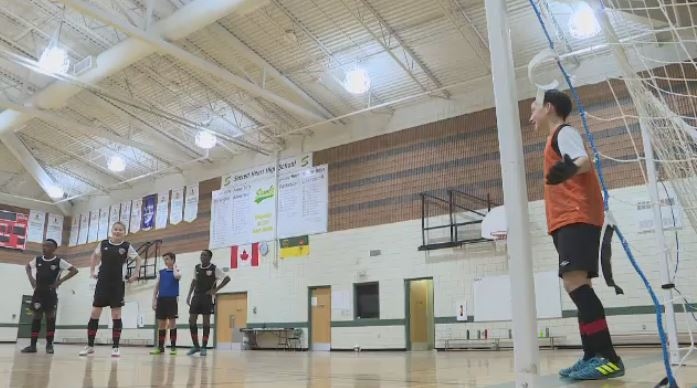 Some of the best soccer players that Yorkton has to offer in their division are heading to one of soccer’s most sacred sites.

In a few days, the Yorkton United Football Club’s provincial team will be attending a training camp run by the Glasgow Rangers, currently second in the Scottish Premier League. The Yorkton team, boys ages 11-13 years old, are attending training camp with some of soccer’s stars.

Assistant coach Andy Wyatt says that the purpose is to expose the players to some of the elite.

“[It’s] to see what they need to do and what other kids do to get to the highest levels of soccer,” he said.

The training camp — “academy” in Scottish soccer parlance — lasts nine days and will include video analysis and nutritional education sessions.

But the voyage is not a vacation, because it will feature some stiff competition.

“One of the games will be against the elite team from the Glasgow Rangers [11-13 year-old academy players] … they'll be competing against the best of the best in Scotland.”

Cole McManus plays centre-mid for Yorkton. He’s looking forward to the trip and the challenges.

“I'm hoping to get more fit and be able to meet new people. And having the Scottish coaches is going to be fun," he said.

Muizz Oloko also plays centre-mid. He hopes he and his team learn what a Premiership work ethic looks like.

"I hope it boosts us up, makes us realize that we need to work ten times harder to get better,” he said.

Oloko says the team will stay focused during the trip, even when they’re standing in Ibrox Stadium, which has nearly three times as many seats as Yorkton has residents.

The provincial soccer league begins shortly after they return. The players are eager to put their new skills and knowledge to the test.