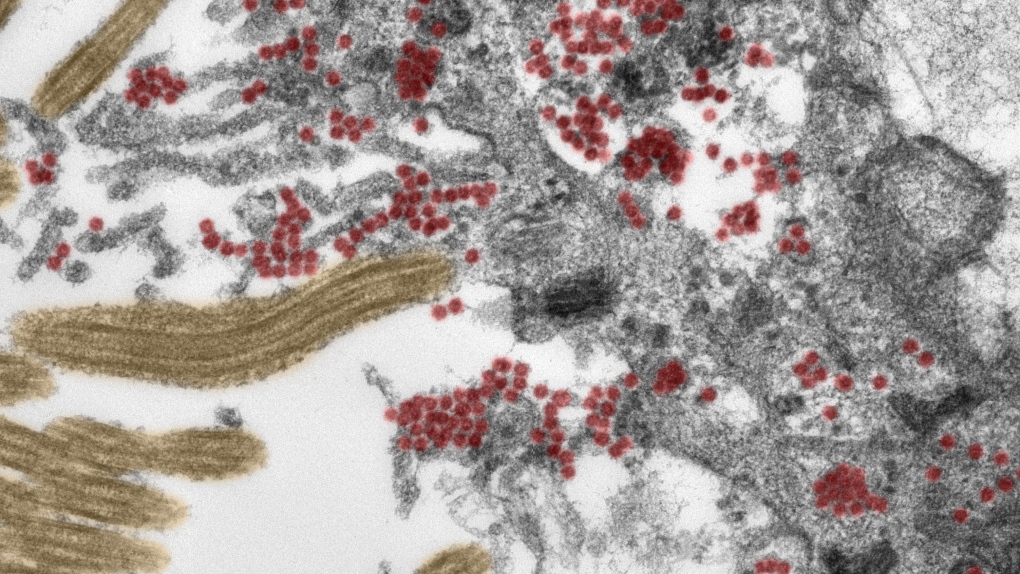 An electron microscope image (ultrathin section, artificially colored) shows a section of a ciliated cell in the olfactory mucosa. Large numbers of intact SARS-CoV-2 particles (red) are found both inside the cell and on cellular processes. Yellow: kinocilia. (Photo: Michael Laue/RKI & Carsten Dittmayer/Charité)

All three people were from the Regina region. Two were over the age of 80 and the third was between the ages of 70 and 79.

There are 123 people in hospital,104 receiving inpatient care and 19 in intensive care.

3,029 tests for the virus were performed in the province Saturday.