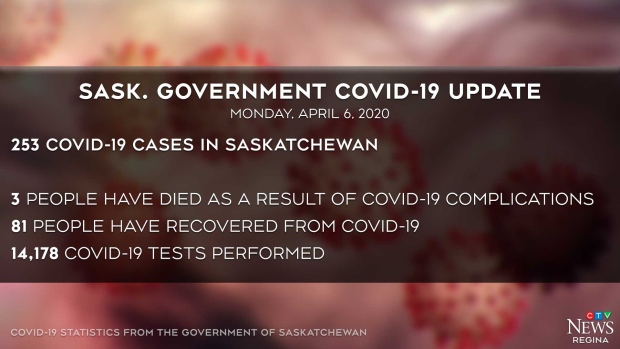 The number of active cases is down from Sunday to Monday. Premier Scott Moe said it’s too soon to tell whether this will be a trend, however the news is good.

“It shows what we’re doing is working,” Moe said. "You are making a difference, you are saving lives."

To date, 81 people have recovered from the virus in Saskatchewan, with 14 new recoveries on Monday.

One hundred and twelve cases are considered travel related. Seventy-seven cases are community contacts including mass gatherings, 14 have no known exposure and 50 are still under investigation.

Saskatoon continues to see the greatest number of cases in the province with 127. The province said this is due to more people returning from travel in the area.

Fifty-one cases are located in Regina, 47 in the north, 15 in the south, 10 in Saskatchewan's central region and three in the far north. 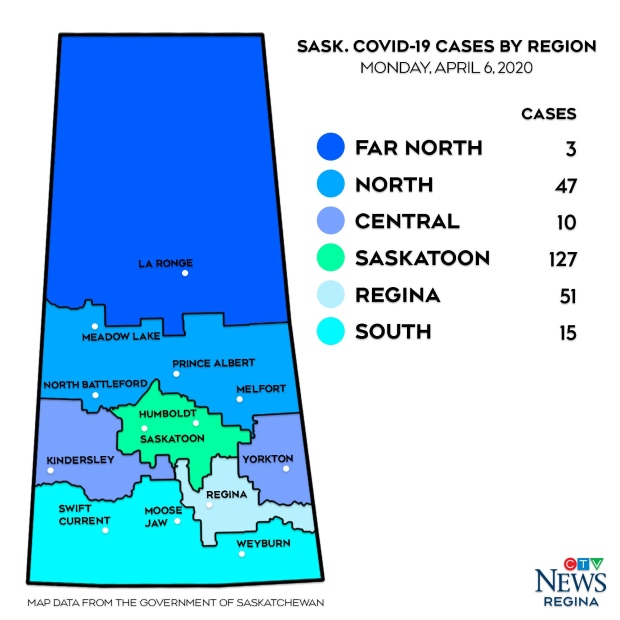 The province says 14,178 tests have been performed. Saskatchewan has the second highest rate of testing per capita in the country.

The next provincial update will take place at 2:30 p.m., and will be streamed live at CTVNewsRegina.ca.

More information from the Government of Saskatchewan can be found at saskatchewan.ca/coronavirus

The province in encouraging members of the public to download the SaskAlert App for accurate and up-to-date information about COVID-19.

Users can choose to receive information for the entire province, or for a municipality or First Nation.

If an emergency occurs, a tone will sound even when the app is closed. The app will provide information on the emergency and instructions on how to stay safe.

The app is available for download on Android and Apple here.

According to SHA’s Scott Livingstone, there is no shortage of personal protective equipment in the province, and healthcare workers are not being asked to ration supplies.