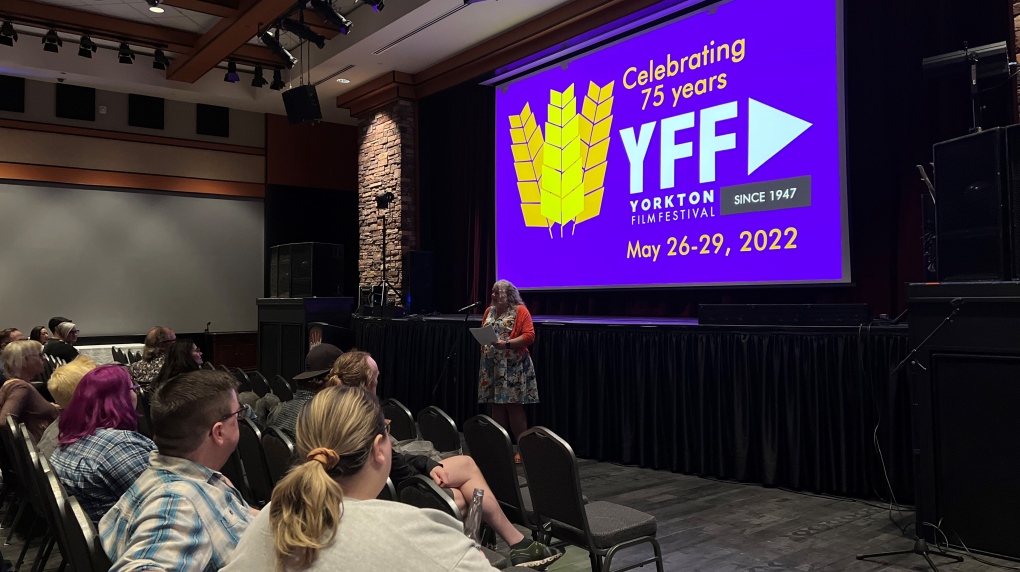 After two years of going virtual, the 2022 Yorkton Film Festival is underway — all in person for the 75th edition of the event.

At the opening night screening Thursday night at Yorkton’s Painted Hand Casino, over 100 people packed into the Parkland Room to watch two separate films, along with a Q&A session with a few of the feature film’s producers and filmmakers.

That feature film screened was Donkeyhead, a Regina-made feature length film which has won awards across the Globe. Producers Anand Ramayya and Kelly Balon spoke to the crowd in the Q&A following the film.

Executive Director of the Yorkton Film Festival, Randy Goulden said it was great to see some familiar faces as the event welcomed visitors for the first time this decade.

“It's so good to be meeting our filmmakers as they're arriving in Yorkton,” she said. “Just seeing everybody, some of the old friends and some of the new people coming in that are so excited to be here in Yorkton.”

The Film Festival also screened a National Film Board film from 1947 at the National Ukrainian Festivals in Edmonton and Yorkton.

Goulden explained what makes this festival so unique for the residents of Yorkton.

“We get to see the filmmakers, here in Yorkton. So, when we screen films, our public and the people that come to enjoy them can actually talk to the people that made the film, that wrote the films or directed the films. So that’s the important and the exciting part. To make you feel like you’re able to contribute to the film, (and) ask questions of the film,” she said.

The Film Festival continues with screenings Friday, along with a luncheon and speakers during the afternoon. The Yorkton Lions Club’s Lobsterfest is also scheduled, rain or shine, in the evening.

Saturday, more screenings and speakers will be in and around the city before the Golden Sheaf awards at 8 p.m.

It's been 25 years since Saskatchewan's last residential school closed, but some are still healing.

When Dan Fine returned from his first trip volunteering at animal shelters on the Polish-Ukrainian border in late April, he immediately felt compelled to return to continue helping pets that have been left behind in the war.