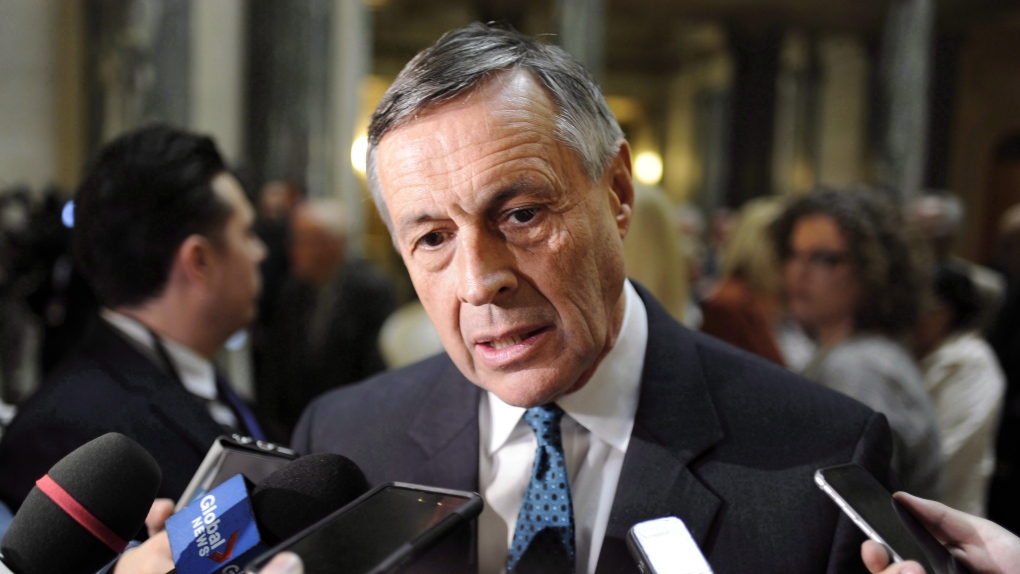 Saskatchewan's justice minister Don Morgan speaks to reporters following the speech from the throne at the Legislative Building in Regina, Wednesday, October 25, 2017. THE CANADIAN PRESS/Mark Taylor

REGINA -- Saskatchewan's justice minister says change is needed in police oversight in the province because the current model isn't acceptable.

Don Morgan says officials are sorting out details and an announcement will be coming about the future of an independent police oversight body.

Saskatchewan is one of the only provinces without an independent civilian-led agency to investigate police actions that result in injury or death.

Other police agencies investigate serious incidents in Saskatchewan, with a provincially appointed official reviewing the probe and reporting back to the Ministry of Justice.

"We know that the need for transparency, public accountability is absolutely there," said Morgan.

Bray said it's important for police to be seen by the public as having nothing to hide.

"I think it's really good for police organizations to be able to step back and have the public make a decision as to whether or not police are doing the right thing."

But Bray said a fully functioning oversight body comes with a cost.

Morgan said cost isn't an impediment and officials are exploring different models and sorting out details.

Alberta, Manitoba, Ontario, Nova Scotia, British Columbia and Quebec all have independent police oversight bodies of their own. Earlier this year, Newfoundland and Labrador announced it would establish its own stand-alone team.

This report by The Canadian Press was first published Dec. 2, 2019.