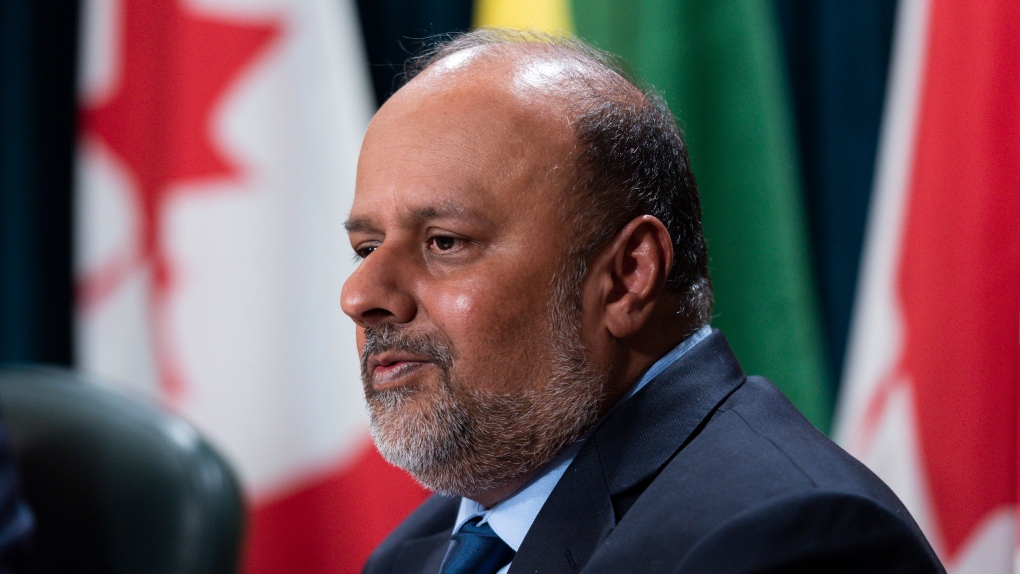 REGINA -- Saskatchewan Chief Medical Health Officer Dr. Saqib Shahab is calling on people to be vigilant and cautious after the province reported on Sunday 24 new cases of COVID-19.

He recommended masks be worn in all indoor public locations where people outside immediate or extended households are present, and where physical distancing isn’t possible or is unpredictable.

“The power to prevent COVID-19 transmission rests with every resident of Saskatchewan,” Shahab said in a news release.

One more person has died, bringing the total to 25 deaths.

Initial investigations have linked 12 of the new cases to the Gospel Outreach outbreak in Prince Albert, according to the province.

It said the majority of the 11 cases in Regina are associated with a single apartment complex. Residents and management have been advised on precautions to take, the province said.

Since the pandemic began, there have been 2,092 reported cases and 1,888 recoveries. The province reported five new recoveries on Sunday.

There are 179 cases considered active.

Shahab said best practices have proved effective in flattening the curve during the first weeks of the pandemic.

“Stay home if you experience even mild symptoms.  Maintain physical distancing of two metres.  Wear a mask when you may be unable to maintain this distance, particularly in indoor spaces, or as required in workplaces or schools,” he said.

“We are now more than seven months into this pandemic event.  All residents should be familiar with these practices and all residents need to follow them at all times.”

On Saturday, 3,049 COVID-19 tests were performed in Saskatchewan – the highest daily number of tests reported to date.