A popular waterslide attraction in southeast Saskatchewan is struggling to reopen after it was forced to close during the COVID-19 pandemic, and that has customers – who have already bought tickets – asking for refunds.

The Kenosee Superslides are a summer staple in Moose Mountain Provincial Park, however the park has been closed since last year. Owners planned to reopen July 11, however, they were unable to open the slides to visitors due to circumstances they say are out of their control.

Marie Bell had planned a day of summer fun at the waterpark for her grandchildren on July 11 – including one who was visiting from Alberta. She found out the waterpark would not be open shortly before hitting the road on Sunday.

“(The grandkids) were excited, we had to scramble and find something else to do for them that day,” said Bell.

She said her efforts to get refunded for her pre-purchased tickets have been unsuccessful so far.

A Yorkton man, who tried to take his kids for a day at the slides, said he has had a similar experience.

Donnie St. Marie said he had tried to contact someone at the Superslides through email and over the phone, but hasn’t received a response. 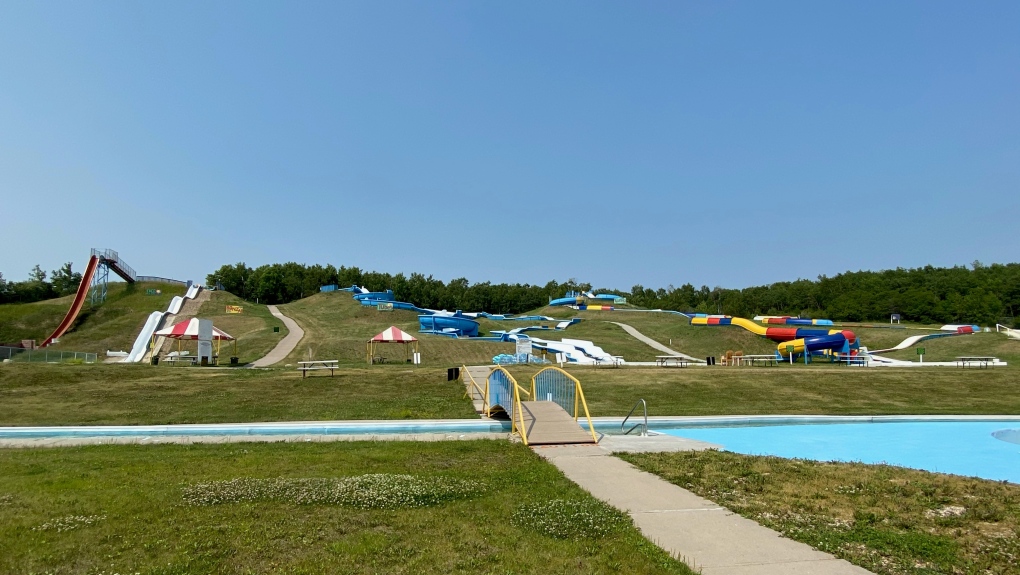 The Kenosee Superslides are pictured on July 16, 2021. (Cole Davenport/CTV News)

The Kenosee Superslides are pictured on July 16, 2021. (Cole Davenport/CTV News)

The park owners didn’t want to speak on camera Friday, but said an already limited number of staff are working on addressing the refunds.

“We appreciate and acknowledge that there has been a delay in the issuance of refunds, however, please note that our administrative staff are working hard to ensure all refunds are completed as quickly as possible,” reads a statement.

The exact issues keeping the park closed – and without an operating license – have not been confirmed.

In a statement, the Saskatchewan Health Authority (SHA) said it has received an application for an operational license from the Superslides and it is under review.

“The Saskatchewan Health Authority is focused on the health and safety of users at all swimming pools and water parks,” reads the statement. “SHA public health inspectors work with operators to ensure they are meeting standards for water quality and safety.”

Bell said she understands the circumstances – but would’ve appreciated a heads up besides just a Facebook post.

“They should’ve either emailed or called. I don’t know what else they could’ve done other than let us know,” she said.

The owners of the Kenosee Superslides said all tickets will be accepted when the park is able to open, but a tentative date is still up in the air.