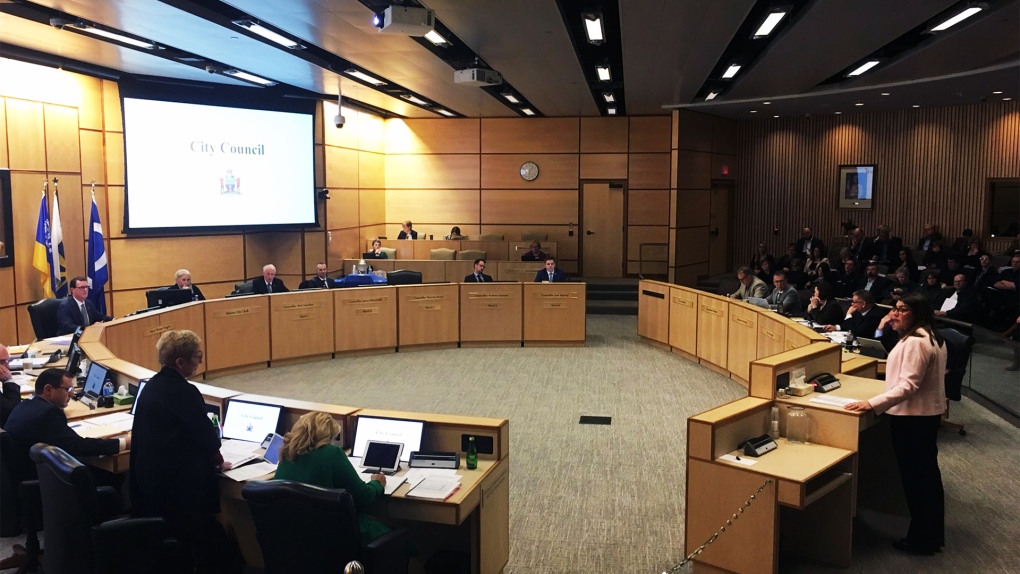 City council will need at least one more meeting before deciding whether or not to pass the proposed budget for 2019, despite hours of deliberation on Monday night.

A number of items were up for discussion during the meeting on Monday night, including plans for a new outdoor aquatic centre.

The proposed budget comes with a tax increase of 4.7 per cent and a utility rate increase of 3 per cent every year for the next three years, starting on January 1, 2019.

The budget is based on revenue of $461M, and divides the funding up between infrastructure, emergency services, and community services.

Some of the capital investments include money for the new police headquarters, various road projects, and a design for a new “destination aquatic facility”.

However one of the more controversial items in the budget is the recommendation of closing the Maple Leaf outdoor pool, a move that has residents of Regina’s heritage neighbourhood fired up.

Around 30 delegates spoke at the meeting on Monday on changes they want to see made before the budget can be put to a vote, and almost 20 of those delegates hoped to see a different fate for Maple Leaf Pool.