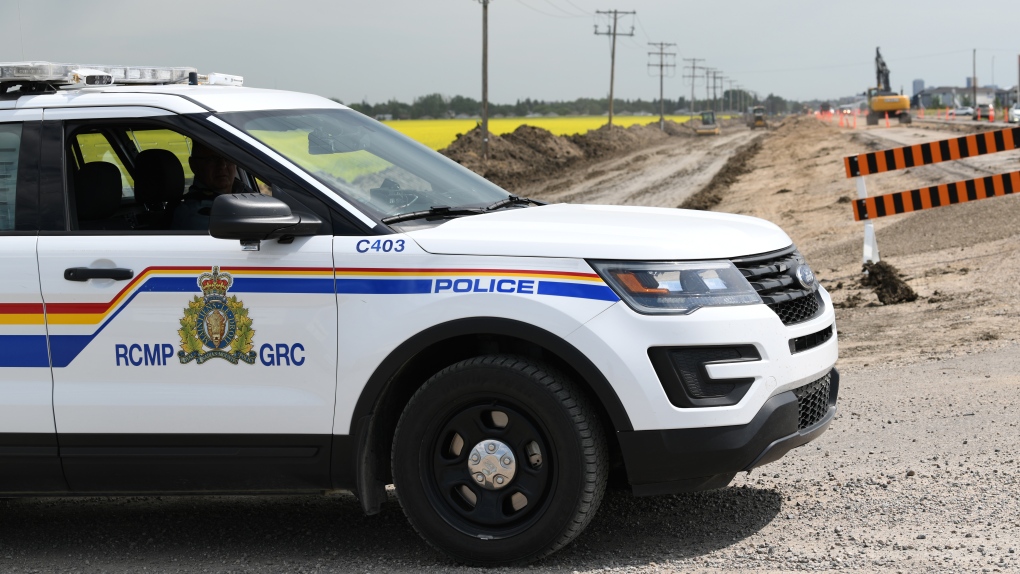 An RCMP vehicle is seen stopped in a construction zone in this file photo. (Courtesy Saskatchewan RCMP)

A man from Fort Qu’Appelle has been arrested and charged after an RCMP officer spotted him passing vehicles in a lineup near a construction zone.

Around 4 p.m. Thursday an RCMP officer was stopped on Highway 10 west of the Edgeley turnoff, when a maroon truck pulled out and passed a line of vehicles stopped in a construction zone, according to a release from RCMP.

When the officer activated their lights and sirens, the truck sped away. The release said investigation determined that a construction zone flag person had to move for their safety.

Members of the White Butte detachment were able to pull the vehicle over on Highway 1 just west of the White City overpass.

The driver, a 54-year-old man from Fort Qu’Appelle, was arrested and charged with dangerous operation of a conveyance, flight from a peace officer, obstructing a peace officer and possessing a weapon for a dangerous purpose.

The accused was held in custody and appeared in Regina Provincial Court Friday morning.

An Amber Alert was issued Monday evening by Shaunavon RCMP in Saskatchewan for seven-year-old Luna Potts and eight-year-old Hunter Potts.

The FBI searched Donald Trump's Mar-a-Lago estate as part of an investigation into whether he took classified records from the White House to his Florida residence, people familiar with the matter said Monday, a move that represents a dramatic and unprecedented escalation of law enforcement scrutiny of the former president.

Anne Heche has remained in critical condition since crashing her vehicle into a Los Angeles residence on Friday, according to a new representative for the actress.

Helicopters have begun bringing essential supplies to southern Newfoundland towns cut off from the rest of the island by two out-of-control forest fires.

WhatsApp is going to stop letting everyone see when you're online

Two new features being introduced on WhatsApp, which will let you choose who can see when you're active, and to leave groups silently, will start rolling out to all WhatsApp users this month.

Singer and actor Olivia Newton-John, who was best known for playing Sandy in the film 'Grease,' has died at the age of 73, according to her husband.

Serena Williams says she is 'evolving away from tennis'

Serena Williams says she is ready to step away from tennis after winning 23 Grand Slam titles, turning her focus to having another child and her business interests.

Some of the world's richest men are funding a massive treasure hunt, complete with helicopters and transmitters, on the west coast of Greenland.

Ashton Kutcher says he battled the debilitating disease vasculitis. Here's what it is

Ashton Kutcher revealed Monday he had battled a serious autoimmune disease that affected his hearing, sight and ability to walk for more than a year.