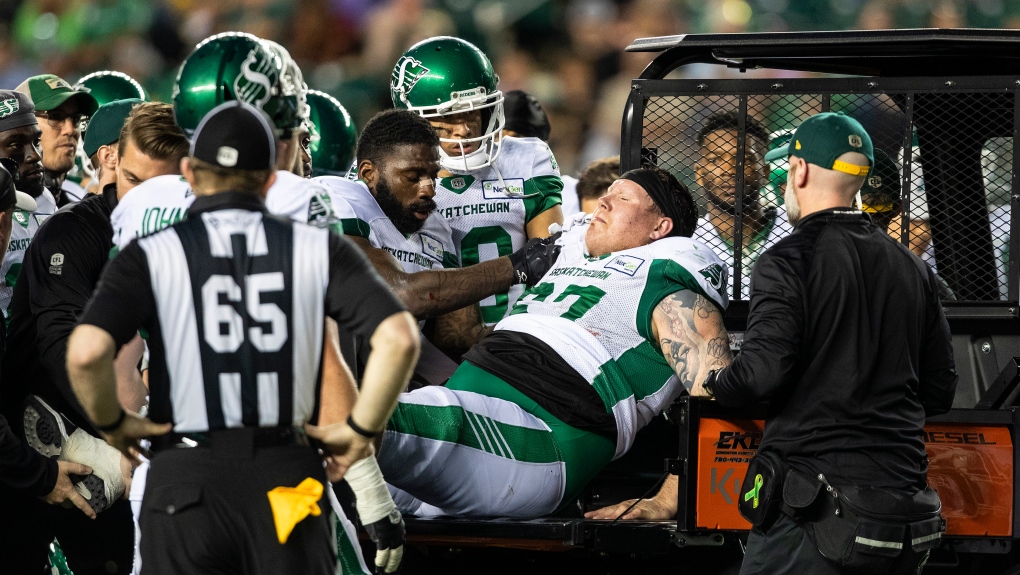 Saskatchewan Roughriders' Dan Clark (67) is injured against the Edmonton Elks during second half CFL action in Edmonton, Alta., on Saturday June 18, 2022. THE CANADIAN PRESS/Jason Franson.

Saskatchewan Roughriders offensive lineman Dan Clark revealed he had surgery on a broken leg over the weekend, in a tweet Monday.

Clark was carted off the field in the final minutes of the Riders’ win over Edmonton on Saturday and did not return to the game.

The veteran lineman said he broke his fibula and shifted his anklebone. Surgery was completed on Sunday afternoon.

“Each day brings a new challenge that I will face head on with the goal to be back on the field with my brothers,” Clark said in the tweet.

Any recommendations for the softest sponges for a sponge bath? pic.twitter.com/Om6WRIOUcQ

Clark, who has played his entire 10-year career in Saskatchewan, had his leg rolled up on in a scrum after a play.