Economy, COVID-19 among top issues for Moe, Meili ahead of fall session 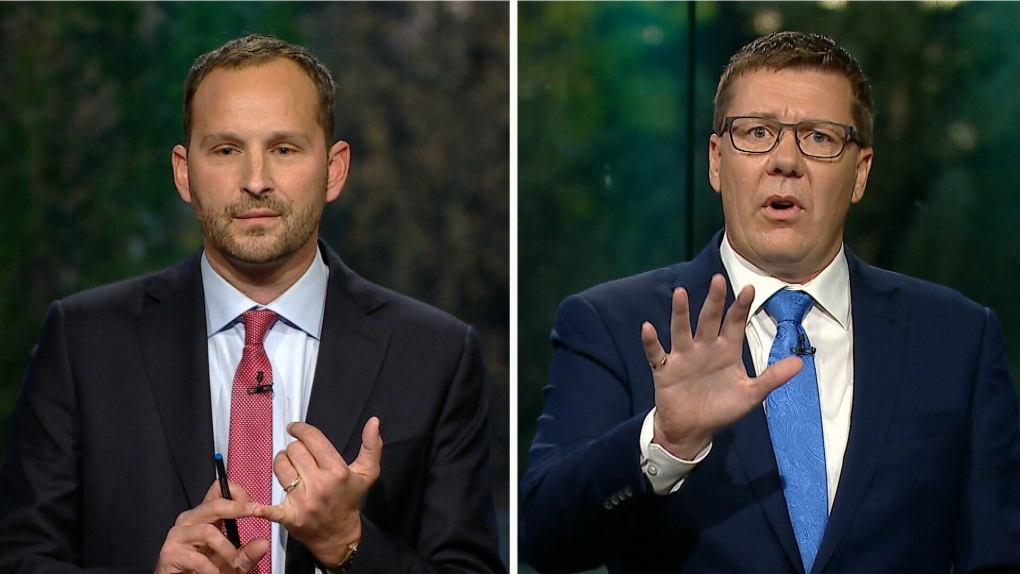 Heading into the fall’s sitting of the Saskatchewan Legislature, Premier Scott Moe is focused on fuelling the province’s economy, while NDP leader Ryan Meili is looking to hold the government to account for its COVID-19 response.

The Government of Saskatchewan will convene in Regina on Wednesday for the speech from the throne, marking the beginning of the legislative session.

During a “State of the Province” address on Monday, Moe said the public can expect familiar themes in his throne speech, with a focus on growing the economy through infrastructure and private investment.

“We’ll outline a number of initiatives that are going to help us build on the momentum that we see in the economy today,” Moe said.

“A number of initiatives that are frankly going to improve the quality of life for all of us in Saskatchewan and create opportunities for our young people, that next generation.”

He said the government also plans to create more “targeted incentives” for industries to entice them to operate in Saskatchewan.

“Another $30 billion we will invest publicly between now and 2030 in schools, hospitals and the infrastructure that we need to attract investment to our community, but also to ensure that our communities are places where they will want to work in those industries,” Moe said.

On the other side of the legislature, the NDP opposition is aiming to “prosecute the failures” of the Saskatchewan Party government, according to leader Ryan Meili.

Speaking Tuesday, Meili highlighted Saskatchewan’s COVID-19 response in the year since the provincial election, calling it a “year of deadly failures.”

“He ignored the pleas of frontline doctors, of Dr. Shahab and the medical health officers, a pattern that goes back to the second wave when he ignored the signs, resulting in hundreds of deaths,” Meili said.

The NDP leader noted election promises to balance the budget and hire 300 continuing care aides as areas the government has fallen behind.

“This government has broken promise after promise to the people of this province, because this premier is simply not fit for the job,” he said.

Meili said his party will be heading into the legislature to help the government “understand the consequences and effects of choosing politics over people’s lives.”

The speech from the throne will be delivered in the Saskatchewan Legislature at 2 p.m. on Wednesday.

The speech will open the second session of the 29th Legislature.