'Feels like you're outside in a sunny spot': Sask. artist living in dome home

'Feels like you're outside in a sunny spot': Sask. artist living in dome home

A Yorkton artist is living in one of her art projects, an approximately 1,600 square-foot monolithic dome made from steel rebar, concrete and polyurethane.

The round structure has a sky light and multiple windows with the light reflecting off the curved walls, making the concrete home very bright.

“In Saskatchewan, we have so many months of winter and snow and so it’s nice to get up in the morning and have your coffee in what feels like you’re outside in a sunny spot,” homeowner Tonia Vermette said.

At first, the rough surfaces of the walls posed a challenge for the interior design.

“I thought, ‘Oh how am I going to incorporate that?’” she said.

Inspired by her travels, Vermette decided to base the design off a Spanish courtyard. The artist painted texture on the walls to look like old stone and added two murals, one of roses and one of a window. 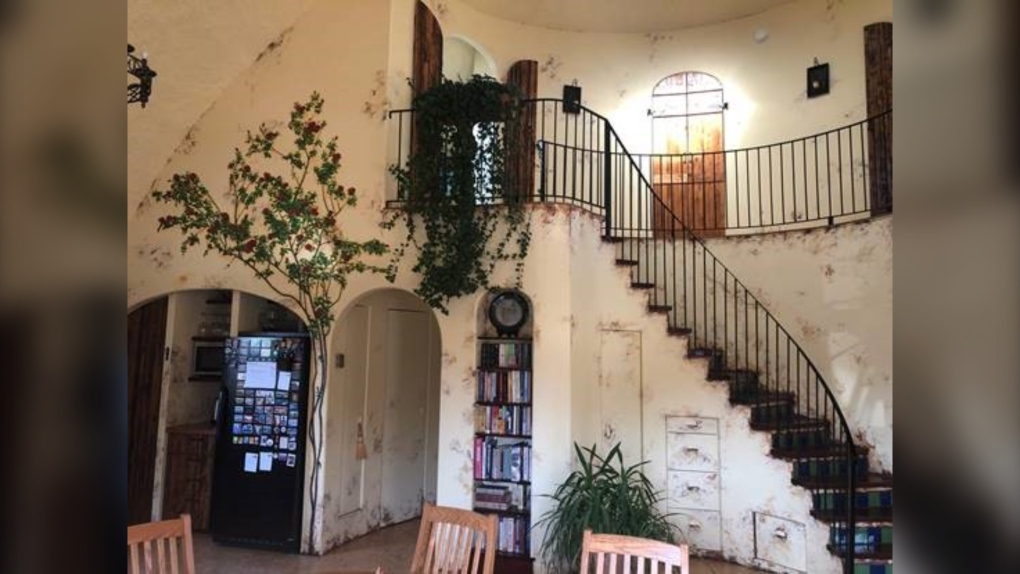 “As an artist, I’ve started painting the walls, so not just creating the outside but changing the inside all of the time. I’m always adding new things,” she said.

New guests often find the home jaw dropping and it spurs curiosity on why Vermette built the home in the first place.

“We really liked the open space because you get this great big open span that you don't normally get without having to put lots of posts or beams up and so it's a compressive structure,” she said.

“You can build really large buildings with the dome and you don't have to have any supports on the inside.”

The energy efficiency of the building was another appealing aspect for Vermette. The round design stores heat, which regulates the temperature in the home.

“A dome home in Saskatchewan will take about two watts per square foot to heat, so you don’t need a lot of heat to keep the dome comfortable year-around,” Rob Phillips, president of Canadian Dome Industries said.

Canadian Dome Industries constructed Vermette’s home 18 years ago. The monolithic dome is one of three in Saskatchewan, according to Philips.

Three years ago, Vermette installed a 10 kilowatt solar panel system. Now her monthly power bill is about $40, which is the cost of her meter rental from SaskPower.

The dome home was never a new concept for Vermette. She grew up in a four-level split geodesic dome. It’s a wooden dome enforced by triangles that are bolted together.

Living in a spherical home has shaped who she is.

“From a very young age, I was always interested in architecture, and building and creating things,” she said.

Help will arrive at the children's hospital in Ottawa next week as it continues to see "unprecedented volumes" of young patients suffering from respiratory viruses. A team of staff from the Red Cross will begin working at the hospital in the next week.

The federal government is looking at potentially helping to secure the release of 19 Canadian women and children being held in northeastern Syria, a recently filed court document says.

Feds 'not going to waste a lot of time' on Alberta sovereignty bill debate: LeBlanc

Intergovernmental Affairs Minister Dominic LeBlanc says the federal government is taking a wait-and-see approach to whether it may intervene when it comes to Alberta Premier Danielle Smith’s sovereignty act, but that it is not the focus at the moment.