Four of the new cases are in the far north and the fifth is in the south region.

The provincial total now sits at 627 total cases. Of those, 99 cases are considered active. 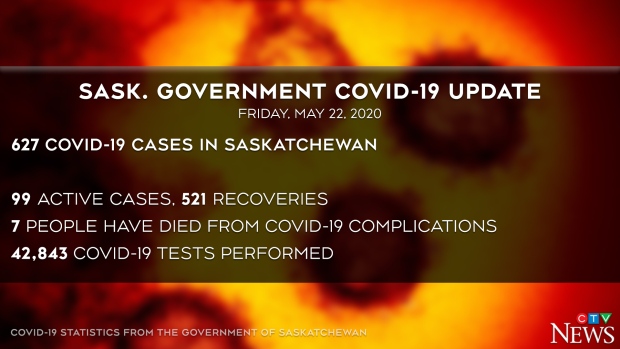 Twelve more people have recovered from the virus, for a provincial total of 521 recoveries.

The province announced new guidelines for restaurants, bars and gyms opening in phase three of the Re-Open Saskatchewan plan. On Thursday, Premier Scott Moe said phase three has a target date of June 8.

There are five people in hospital as of Friday, including three people in the ICU in Saskatoon. Regina and Saskatoon also each have a person receiving inpatient care.

There are 85 active cases in the far north, six in the north, five in Saskatoon, and one each in Regina, the south and central regions. 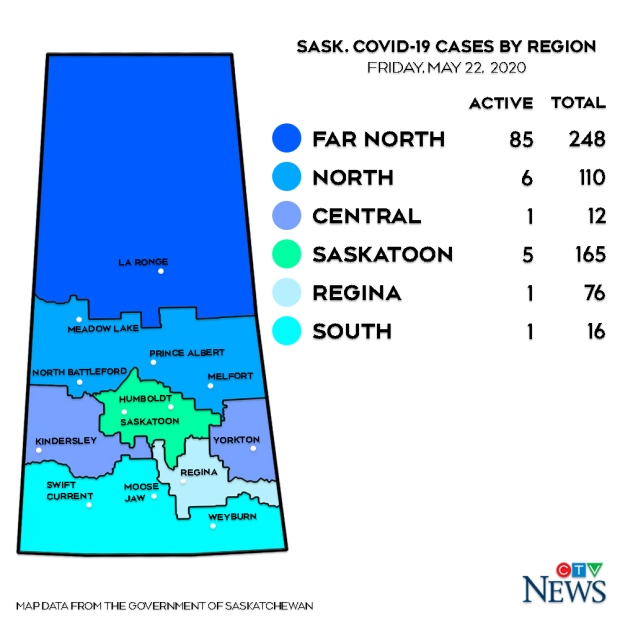 Of the total cases in the province, 140 are related to travel, 349 are from community contacts, 73 have no known exposure and 65 are under investigation.

There have been 49 cases in health-care workers, but the province says the infections are not all related to working in the health care field.

Seven people have died from COVID-19 complications in Saskatchewan so far.