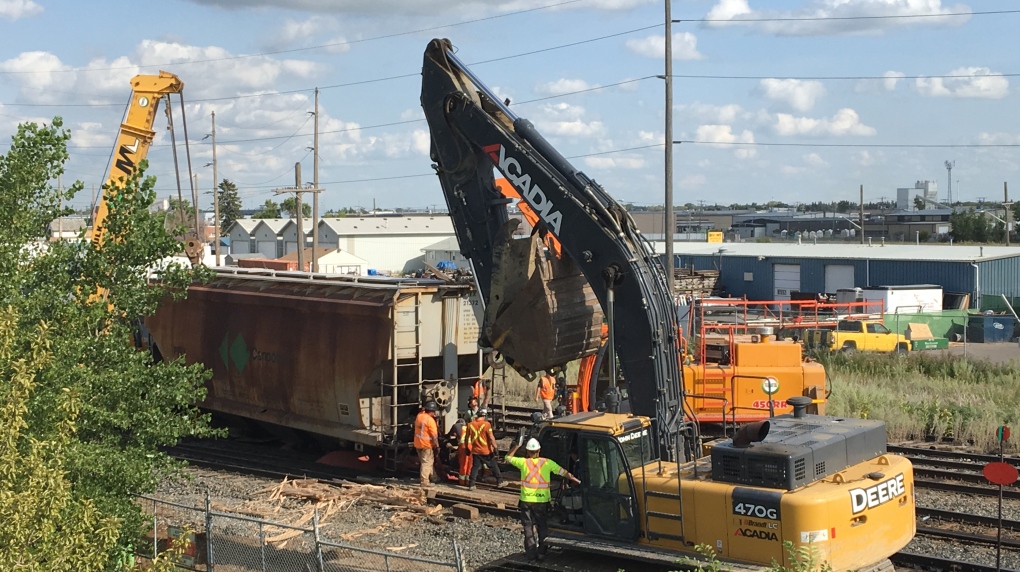 A train car derailed in the Canadian Pacific Railyard in Regina on Wednesday afternoon.

The derailment happened around 5:30 a.m. CP says crews were immediately dispatched to the site after the derailment.

No one was injured.

Several cranes were called to the scene to assist in lifting the car back up.

The car spilled some of its contents in the derailment. CP says the cars were transporting potash.

Some of the tracks also appear to be damaged, with splintered pieces of wood near the wreck.

Canadian Pacific police had some streets blocked off in the area while the cars were cleaned up. Crews were on scene with replacement rail sections to repair the broken track.

There is currently no word yet on when the damage will be repaired and the track will be reopened.

The cause of the derailment is under investigation, CP says.