A late summer storm tore through Regina on Tuesday night, golf ball-sized hail and winds over 90 kilometres per hour, according to a preliminary report from Environment and Climate Change Canada (ECCC).

According to the report, Regina saw wind gusts as high as 93 kilometres per hour and hail as big as 4.5 centimetres. ECCC said it received reports of localized flooding.

In northwest Regina, several trees were downed by the weather event, and City of Regina crews are on scene.

"The northwest part of the city had the most rainwater that came down and there was some localized ponding and flooding in the area," said Kurtis Doney, the City of Regina's Director of Water, Waste and Environment at an update Wednesday.

Doney encourages all residents to remove debris from nearby storm drains, given how many leaves were razed from trees and carried to catch basins by runoff.

"It's very important to go out to your storm drain to ensure the leaves are removed to allow the rainwater to enter the storm drains," Doney said.

In addition to the downed trees, the hail also caused damage to a number of homes, vehicles and yards.

SGI Spokesperson Tyler McMurchy said the company expects this to be a significant event for insurance claims.

"We obviously advise folks to inspect their property, inspect their vehicles for any signs of damage and if they do have a claim, if it's a property claim, they'll want to get in touch with their broker. If they do business with SGI Canada, contact their SGI Canada broker and they'll start that process," McMurchy said. "There's also ways if you have an auto claim, if your car has received some damage as a result you can file that online. You can also contact one of our claims centres." 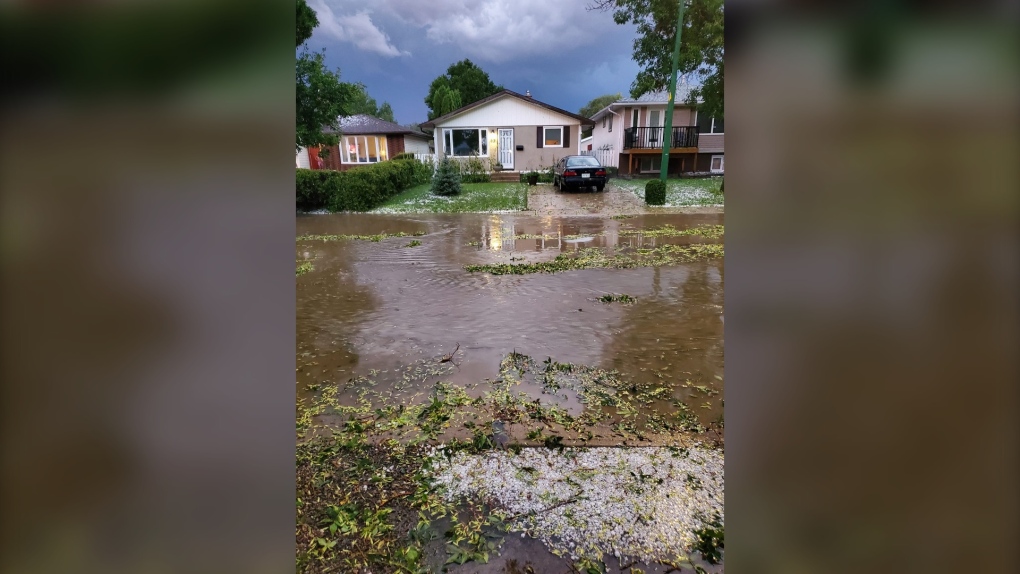 This photo of a flooded Regina street was shared by Judy Livingstone. 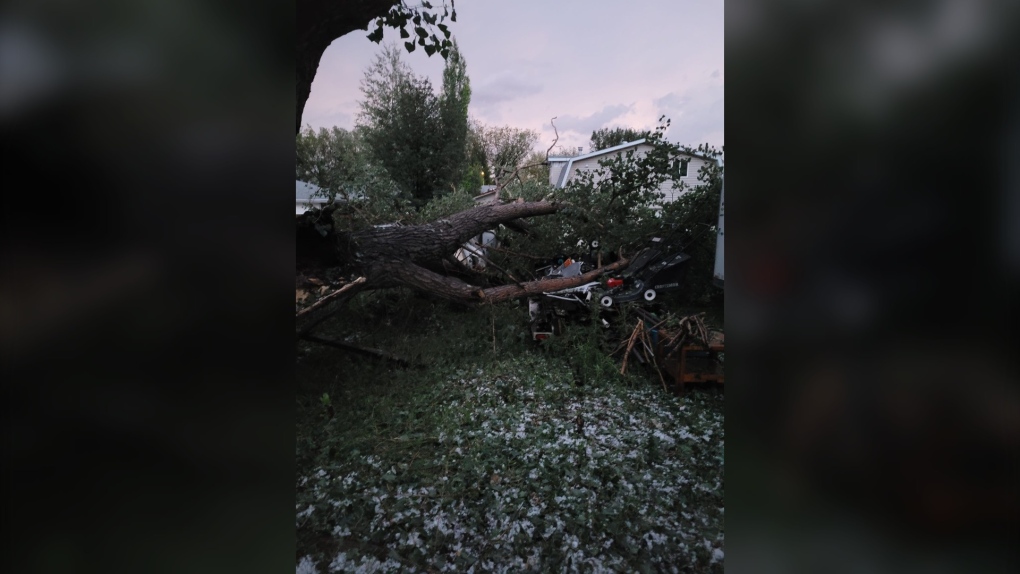 A tree went down during the storm in Frances Shepherd's yard.

A tornado warning was issued for the area south of Moose Jaw, but ECCC has not reported any funnel cloud sightings or touchdowns.

The power is out in Regina’s northeast, and SaskPower is working to reconnect residents in the area.

7:35 AM: Crews have been dispatched and are patrolling for the outage reported in Regina NE and rural area, presently no ETR #skoutage