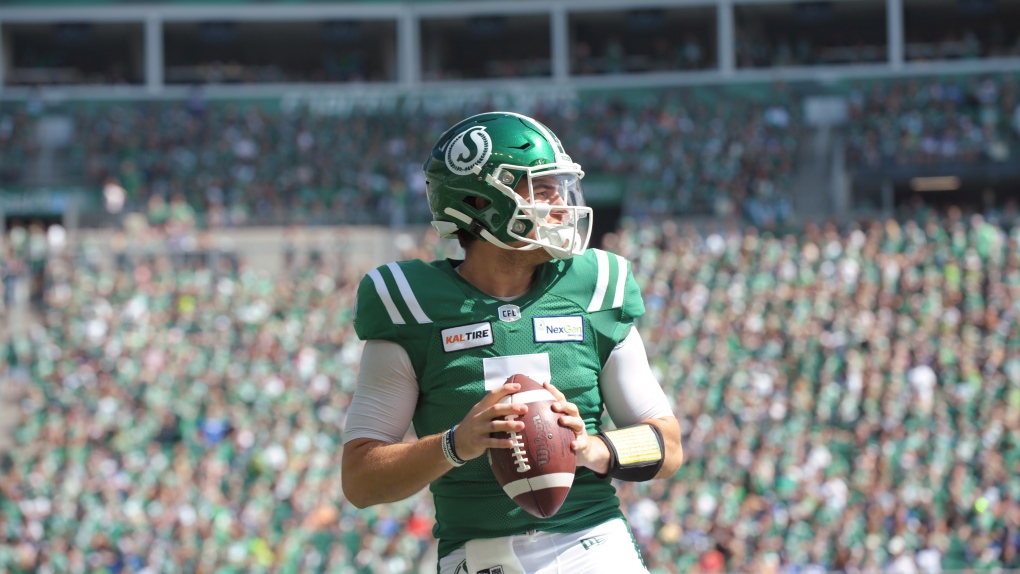 Early Saturday evening, under a shimmering fall prairie sky, the season series between the 9-4 Saskatchewan Roughriders and 9-5 Winnipeg Blue Bombers will be decided.

The two clubs have split their first two games, the Bombers lead in points differential, 52-29, which means diddly, thankfully for the Roughriders. It’s winner take all.

The Saturday victor will have a much better chance of hosting a playoff game than the loser.

So, given that the Riders were outscored by 23 points in the first two Winnipeg contests, what has to change?

Easily at #1 is the line play. Out of eight quarters of football, the Blue Bomber fronts, on both sides of the ball, won six of them.

The interior of the Saskatchewan defense will have to play Winnipeg much tougher on runs up the middle.

That takes us to tackling. In those same six quarters, Rider “would-be” tacklers at times looked like matador’s.

If I want to see a matador, I’ll go to Spain.

Often Saskatchewan defenders went for the big, explosive hit, only to bounce off at bad angles. Against runners like Andrew Harris and Chris Streveler, it’s much wiser to wrap around the hips and slide down.

This season the Riders have taken too many penalties. On Saturday, the green team has to play more controlled. In the first two battles between these clubs, Winnipeg received seven first downs due to a Rider penalty, compared to four the other way.

Penalty discipline is underrated. If it’s close, the team with the least penalties usually wins.

Tony Dungy was the head coach of the Indianapolis Colts, when they won the 2007 Super Bowl. Tony had some great quotes that season; “you don’t win on emotion, you win on execution."

I believe emotion is good, essential and needed, as long as it is 100 per cent controlled within game rules. In a big tilt like Saturday’s, against a physical squad that you don’t like, it’s very easy to get too hyped and take a dumb penalty. The hard way is always the right way. Think of your teammates first, when you take a penalty those are the guys you are hurting. Penalties are often selfish.

Strictly concentrating on execution is unselfish.

Maybe I’m sounding like Craig Dickenson. Well, I know about 4 per cent of the football that Craig does, and I might be exaggerating to the upside.

There are now some national media opinions predicting the Riders are the team to beat for the Grey Cup.

I defer yet again to Tony Dungy. While the Colts were rolling to the Super Bowl, after each playoff win he would say the same general thing; "Don’t get fat heads and check your egos at the door."

Same rule applies to the Riders.

In Winnipeg, Blue Bomber running back Andrew Harris is saying he is ready to run roughshod over the Riders.

That can make you mad. Real mad.

He won a Super Bowl.