'It's almost like putting up a flag': Family business showcasing culture and history through handmade Indigenous products

'It's almost like putting up a flag': Family business showcasing culture and history through handmade Indigenous products 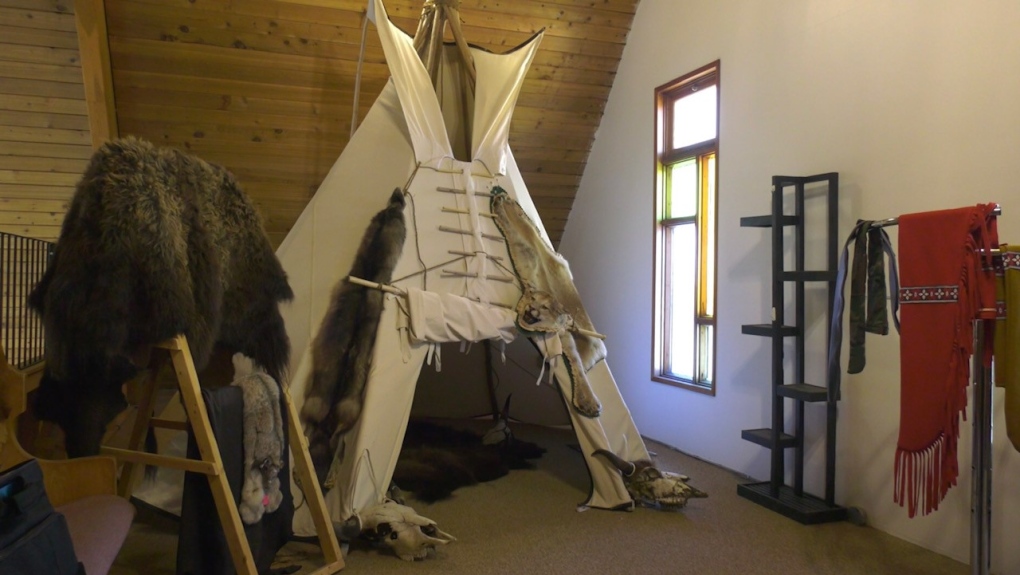 Both Corinne and John Belanger found their passions in creating Indigenous art such as teepees and star blankets. Both have been successful in their hobbies turned careers. (Stacey Hein/CTV News)

An Indigenous family is sharing their culture and heritage through their business, as a way to honour their ancestors.

For the Belanger family it felt like a full circle moment, items they grew up with are now helping sustain their family.

Corinne Stevens-Belanger considered her grandma an entrepreneur since she made and sold birch wood baskets to support her family.

“My grandma taught us how to live and thrive off the land, how it could sustain us,” she said.

Years later, Corinne was inspired to follow in her grandmother’s footsteps. She picked up basket making while she was a stay-at-home mom.

"It came back to me and I ended up really enjoying it,” she said.

Eventually her hobby turned into a business.

“I remember being astounded,” she said. “I mean I get to be paid to do what I love, like this is amazing to me.”

She named her business Cree Star Gifts in honour of her grandmother, a Cree woman who always put a star on her baskets. The star is a trademark Corinne has continued.

The business deals in gifts because it’s a long-standing tradition in Indigenous culture to give a gift to someone who hits a milestone, according to Corinne.

Her husband John Belanger saw her passion and decided to pursue an ambition of his own. He quit his job and taught himself to make teepees.

“I had to make the choice and follow what’s inside, I just started, it was tough the first year,” he said.

At first, he would sew the fabric in his dining room, then he would take it out to his backyard to cut and measure, and then would bring it back inside to add the final touches. Finally he would fold it outside and ship it off.

However, it was work with a reward according to Belanger.

“It’s almost like putting up a flag. Our generation never saw one in their community,” he said.

“It was amazing to teach it and be a part of it.”

The couple continued to inspire each other. Corinne was amazed her husband mastered a new skill, so she wanted to try something new herself.

“It was really hard but I’m just stubborn. When I set my mind to something I have to succeed,” she said.

Over time, the business grew and they were able to expand their space leasing a building in Swan River, Man. and hire staff.

The couple also displays products in their store front made by other Indigenous entrepreneurs.

“These are hard working people that love what they do,” Corinne said.

The national security adviser to Prime Minister Justin Trudeau says that senior officials are planning ahead for the possibility of another 'Freedom Convoy' protest in early 2023.

The Toronto man accused in a large drug and gun bust is speaking out, saying on the stand at his trial that he’s a not a major drug dealer, but a 'bio-energy healer' who was as surprised as anyone to find dozens of guns and millions of dollars in drugs in his shared apartment.

WestJet has declined to provide compensation to passengers who were stuck in a sweltering airplane cabin in Jamaica earlier this month, claiming the flight was cancelled because of 'a security-related incident' outside the airline's control.

Turbines that once harnessed the powerful energy of Niagara Falls into a great source of electricity came to a halt years ago. But the secrets deep below the power station are coming to life once again. Visitors can now explore the former cathedral of power and a new tunnel that opens to a spectacular view of the falls.

Alberta’s deputy premier says the proposed sovereignty act does not grant cabinet unilateral power to rewrite laws behind closed doors, but amendments may be needed to clear that up.

Only one in five Canadians are aware that a person with HIV can't sexually transmit the disease if they are taking the proper medication, according to a new survey that suggests Canadians still have a long way to go in understanding the medical and social realities of HIV.