A 93-year-old World War II veteran is the talk of his retirement home because of his talent for creating.

“It was something to do, really. A pastime,” Masson said.

Among his creations are the Saskatchewan Legislature, the Eiffel Tower, a replica of Queen Victoria Estates where he lives, and a model of the ship he sailed during his time in the Navy called the SS Queens Park. 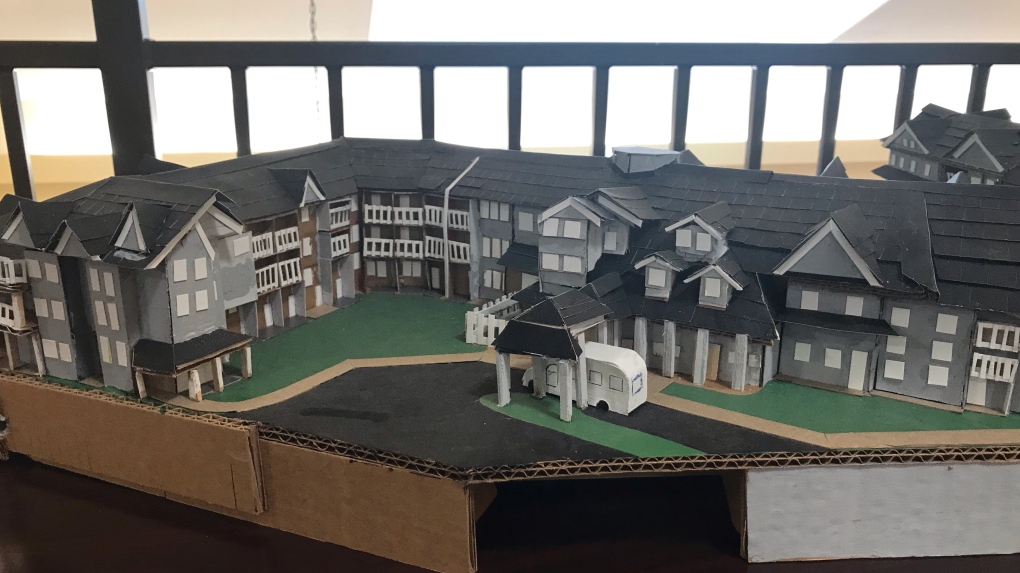 Each large design takes him about two months to build, sometimes working for full days at a time.

“First I’ve got to gather up some cardboard boxes and try to get reasonably big ones so you can get a clear piece of out them,” he explained. “Then you just go ahead and cut it up into whatever shapes you need and glue them together.”

He uses plaster to help bend the cardboard into the required shapes.

The first design he created was a small castle that came from his imagination. Each build got bigger and more intricate from there.

His final and biggest piece is the Eiffel Tower, which was made out of wood instead of cardboard. It even has a moving elevator inside.

Vivian Sawyer, a housekeeper at Queen Victoria Estates for 22 years, has watched Masson build some of his creations from the ground up.

“He’s got a lot of patience to do that,” she said. “It’s a nice pastime for him. It gives him something to do other than sitting in the room. I think a lot of seniors should find something like this to do. It keeps the mind active.”

She said other residents at Queen Victoria Estates are fascinated about the replicas and their intricate detail.

The replica builds aren’t Masson’s first time creating. He said he used to work on construction projects in his younger days. He also built his own house.

One of Masson’s favourite creations is his replica of the SS Queens Park.

“I was in Sydney, Australia when the Japanese surrendered,” he explained.

He said the camaraderie on board the ship is something that he’s always remembered, and might be why he wanted to recreate it.

“You were always with some other men,” he explained. “You lived with them on the ship and you had to get along with everybody else or that’s a long way to swim.”

Years ago, he also built a 13.5 foot-long version of the Queens Park out of metal, complete with a remote control so he could put it in water. 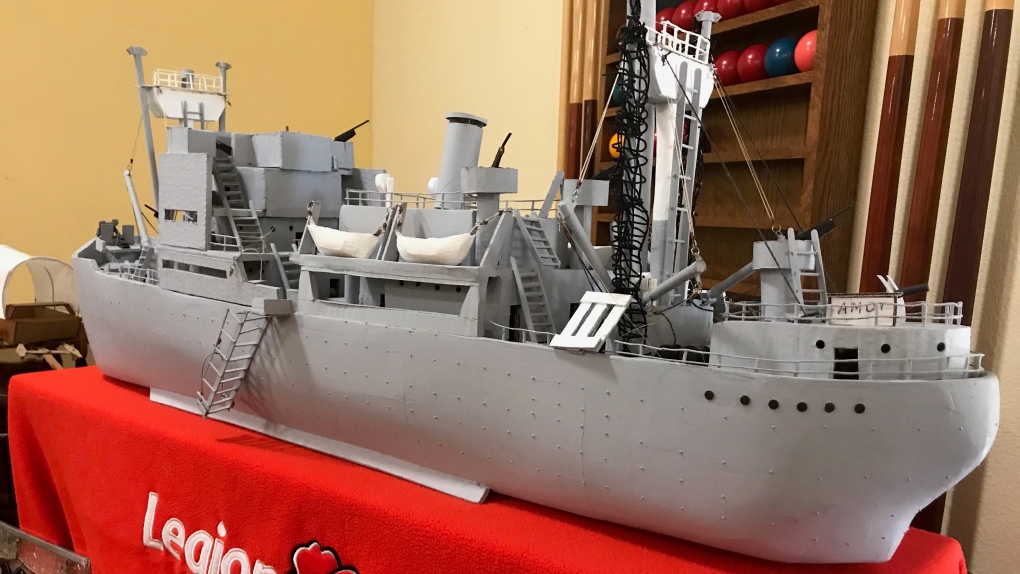 He said many museums had been interested in it, but told him it was too big for their displays.

“It was always too big or too long,” he explained. “I thought if I build a small one, when I go, maybe somebody at those museums will get it.”

Although Masson is in charge of his builds, he seeks ideas and help from his family.

He said it’s a way to connect with his kids.

“It was my daughter who said, It would be good to build the [Saskatchewan] Legislative Building in cardboard,’” he said. “So, I did.”

His Eiffel Tower, made of wood, is his second favourite because of the time he spent with his son working on it.

“My son, him and I got some pine wood and we sawed that up on the table saw, all those little ribs,” he said. “He kind of ran the table saw and he helped me quite a bit on that one.”

For the replica of his own building, Queen Victoria Estates, he had to brave Saskatchewan winter temperatures to go outside and check the building to make sure he didn’t miss any details.

Masson said he thinks he’s finished with the large creations as he’s running out of space in his suite. He’ll continue creating stained glass, which he sells at the craft sales held at Queen Victoria Estates.

As for the future for his models, he said he doesn’t expect them to go too far.

“I was thinking one day, ‘What am I going to do with all these things? Just stomp on them and crush them?’” Masson said with a laugh.

“That’s about all you can do with things of cardboard. Nobody wants them. So I just think about crushing them, after all that work."

U.K. Prime Minister Boris Johnson has agreed to resign, his office said Thursday, ending an unprecedented political crisis over his future that has paralyzed Britain's government.

A well-known Ukrainian paramedic who was held prisoner by Russian and separatist forces for three months after being captured in the southeastern city of Mariupol has accused her guards of psychological and physical torture during her time in captivity.

The next stage in the battle against COVID-19: bivalent vaccines

Several vaccine manufacturers are racing to develop formulas that take into account the more infectious Omicron variant now driving cases, while policymakers are laying the groundwork for another large-scale vaccine blitz.

Brittney Griner trial in Russia resumes amid calls for U.S. to strike deal

Jailed American basketball star Brittney Griner returns to a Russian court on Thursday amid a growing chorus of calls for Washington to do more to secure her release nearly five months after she was arrested on drug charges.

First Nations art, from hand-carved masks to totem poles, draws on generations of tradition and skill and can take months to craft. But a flood of fakes and commercial knock-offs produced in Asia and eastern Europe are exploiting Indigenous culture, the artists say, and robbing them of revenue.