No serious injuries after car crashes through building in Regina

No serious injuries after car crashes through building in Regina 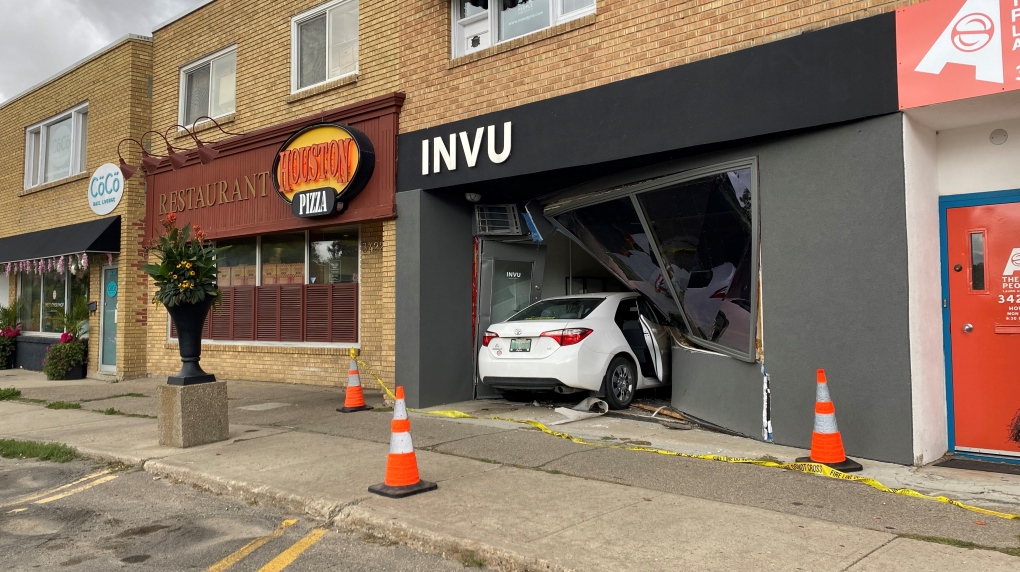 A car crashed through a building on Hill Avenue in Regina on Tuesday morning. (Gareth Dillistone / CTV News)

A car crashed through the front window and door of a business in the 3400 block of Hill Avenue on Tuesday morning.

At 10:10 a.m., crews responded to the incident, according to a tweet from Regina Fire.

Crews responded to a vehicle vs building incident at 10:10am. Firefighters extricated the occupants of the vehicle. They did not sustain any serious injuries. #YQR pic.twitter.com/jULWYnpbz2

Firefighters got the two occupants out of the vehicle and said there were no serious injuries reported.

The car, a white Toyota Corolla, had a “learner driver” sign on the back.

The Regina Police Service (RPS) said it is believed the driver confused the gas pedal and brake and accelerated into the building.

It is unknown how many people were inside the building but there were no injuries.

The property manager of the building worked with a structural engineer and a towing company to remove the car.

Police were on scene while numerous onlookers took photos. Reports were submitted to SGI.

The business next door, Houston Pizza, was still open for business while crews remained on scene.

The unemployment rate in Canada declined slightly to 5.1 per cent in November, according to new data released by Statistics Canada Friday.