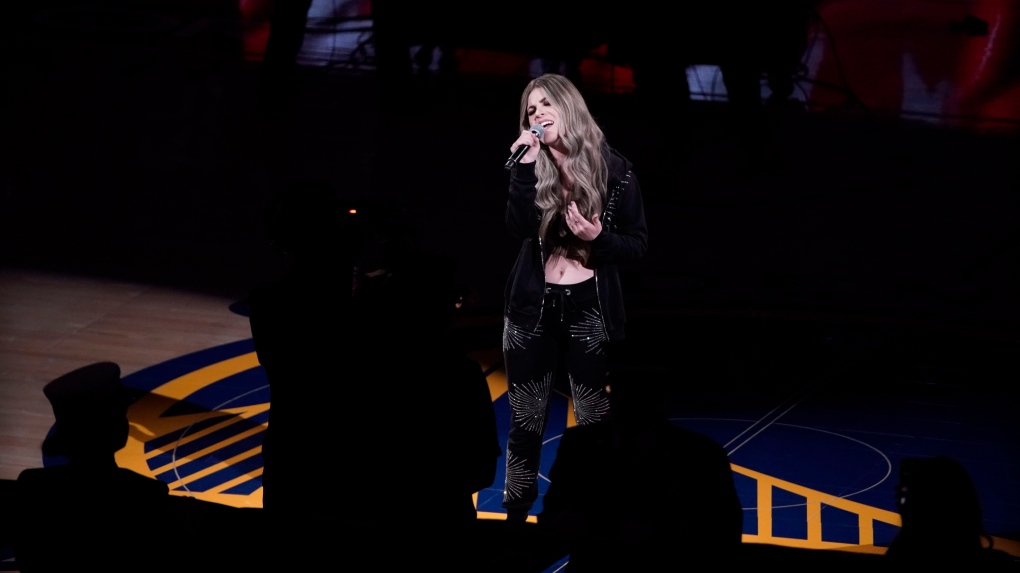 A Saskatchewan-born country singer says she has no regrets about putting her own spin on O Canada before Game 3 of the NBA finals last night.

Tenille Arts says she heard from a lot of people who loved her rendition of the national anthem.

The 25-year-old who is originally from Weyburn admits there were negative online comments about some flourishes she added to the melody.

She says her goal as a Canadian was to sing the anthem with pride, and that's exactly what she did.

Arts says she found out a week ago that she would be performing O Canada and that she was nervous and excited.

Members of Metallica performed an instrumental version of U.S. anthem The Star-Spangled Banner.

The Toronto Raptors beat the Golden State Warriors 123-109 in Oakland to take a 2-1 lead in the championship series.