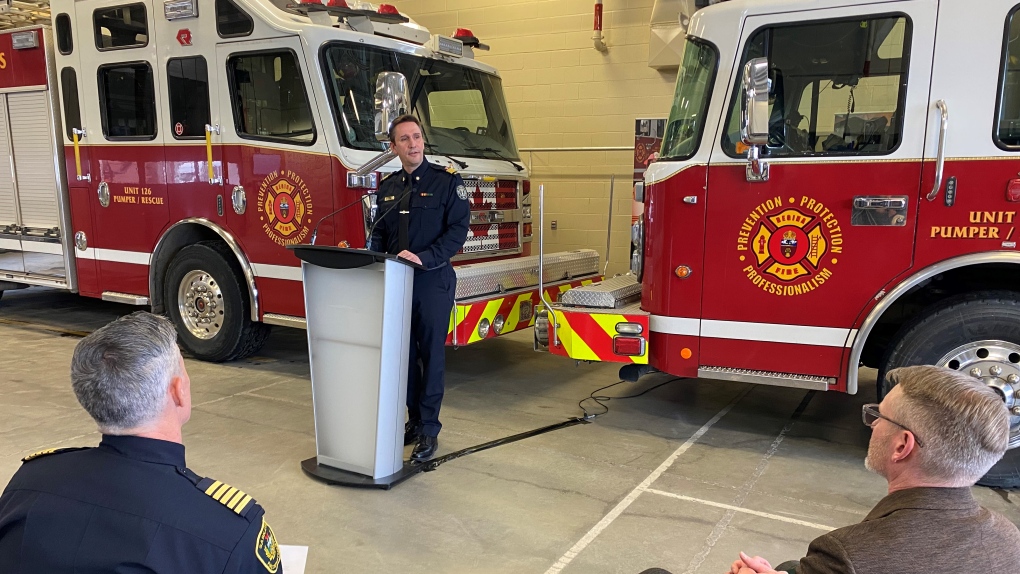 A new pilot project to connect people who have recently experienced overdoses with programs and services was launched in Regina on Thursday.

The pilot project will consist of overdose outreach teams to help people reduce their risk of overdose and other drug-related harms.

The overdose outreach teams will consist of two people: a mental health and addictions counsellor from the Saskatchewan Health Authority (SHA) and a paramedic from the fire department.

Regina Fire and Protective Services Chief Layne Jackson said the program will follow up and attempt to prevent second overdoses.

“Our crews will respond to the same individual several times throughout the course of months or years. So this is about trying to stop that, and prevent that, and get the aftercare that’s needed,” he said.

The overdose outreach teams are being piloted in both Regina and Saskatoon.

Anyone experiencing a drug overdose can be referred to the outreach team by family, police, or EMS, but participation is voluntary.

Last year, the Regina Fire Department responded to 2,000 medical calls for service, with 1,200 of those calls involving drug overdoses.

The pilot project will run until mid-May.

Canada has sent one of its military planes to Haiti to help the country cope with escalating violence. A joint statement today from National Defence Minister Anita Anand and Foreign Affairs Minister Melanie Joly says Canada has deployed a CP-140 Aurora aircraft to help 'disrupt the activities of gangs' in Haiti.

On Tuesday in Ottawa, Canada's 13 premiers and Prime Minister Justin Trudeau will sit around the same table in person for the first time since COVID-19 hoping to find a path toward a new long-term health-care funding deal.

China may respond to the U.S. shooting down its suspected spy balloon after warning of 'serious repercussions,' but analysts say any move will likely be finely calibrated to keep from worsening ties that both sides have been seeking to repair.

A former Israeli prime minister who served briefly as a mediator at the start of Russia's war with Ukraine says he drew a promise from the Russian president not to kill his Ukrainian counterpart.

Pop superstars Bryan Adams, Michael Buble and Drake could emerge Grammy Awards winners today, but it's the Canadian hitmakers behind the scenes who are chasing some of the top prizes.

Justice Minister and Attorney General David Lametti says he is open to amending bail laws, which have come under increased scrutiny following the shooting death of an Ontario Provincial Police officer.