In her 2019 Report, Ferguson says the onus is on the PCC and its board to "ensure major developments in Wascana Centre are consistent with the master plan."

At this point, Ferguson says, the PCC doesn't have an established plan to consult the public about major developments in the park. Her report says sharing processes with the public will help the PCC receive input when making decisions on major developments or amendments in Wascana Centre.

"While the Commission appropriately shared details about its review and approval procedures with two recent, major development projects' proponents, it neither gives the public sufficiently understandable information about these procedures nor provides clear information about each project's status," the report says.

Conexus Credit Union is moving its new headquarters to Wascana Park. Despite receiving negative feedback, that project is expected to be completed next spring. 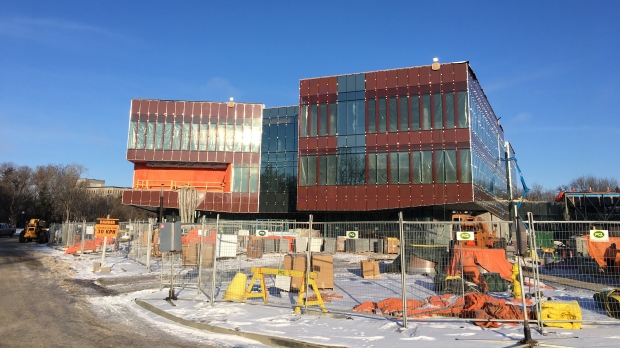 In March, the PCC voted to halt construction on the Brandt building, which will house the Canadian National Institute for the Blind, until the release of Ferguson's report. That project was given conditional approval in 2017.

The report says the PCC board approved one building "despite knowing the project did not conform to the master plan."

Ferguson's report also said the PCC hasn't set or communicated requirements for building owners and tenants in Wascana Park to ensure they're working within the master plan.

CNIB says it will be meeting with the PCC in the coming days to discuss the next steps for redeveloping the site.

"For more than 60 years, CNIB has been proud to call Wascana Centre home. This remarkable location has always offered a safe, accessible environment for people with sight loss to build their independence," CNIB executive director Christall Beaudry said in a news release.

Beaudry says CNIB has followed the requirements and procedures set out by "relevant authorities," and they will continue to do so as the project moves forward.

"Ultimately, this project will make a vital difference for people with sight loss in Regina, ensuring CNIB can focus our limited resources on delivering more services in the community," Beaudry said. "It's also part of a bigger goal we have: to transform Wascana Centre into Canada's most accessible park, so that people of all abilities can experience and enjoy this urban treasure."

The audit also found that the Ministry of Health needs to be more active in its oversight of air ambulance service.

Helicopter ambulances offer a faster, more viable option for residents living in rural areas, far from trauma centres. The service tends to be more expensive than ground ambulances; therefore the proper use of the service is important, according to the audit.

“[The ministry] needs to receive regular reporting on quality and timeliness of patient medical care provided during helicopter transport, qualifications of medical staff who provide those services, and helicopter maintenance,” the audit reads.

It is recommended that the ministry identify reasons for situations where requests for STARS are cancelled.

The audit says the Ministry of Parks, Culture and Sport uses effective process to provide drinking water in provincial parks.

However, the audit notes that the ministry has not assigned someone to prepare and keep procedure guides up to date.

The auditor recommended formalizing key choices and processes about the minimum documentation requirements.