Const. Shelby Patton of the Indian Head RCMP detachment was killed while on-duty on Saturday morning, according to Saskatchewan RCMP.

Speaking at a press conference, Rhonda Blackmore, the assistant commissioner of the Saskatchewan RCMP, confirmed Patton was killed during a traffic stop.

Blackmore said Patton initiated the stop with a stolen truck in the town of Wolseley, Sask., around 8 a.m. local time.

He was struck by the vehicle and later died at the scene. Patton was 26 years-old.

The truck left the scene and was later located in a rural area northeast of Francis, Sask.

Blackmore said Patton was described as the “ideal RCMP member” by his colleagues.

“Nothing but the highest praise of this member. Hard working, dedicated,” Blackmore said. “Just an outstanding individual dedicated to the public of Saskatchewan and who was very committed to making sure he did his duties to the utmost of his ability.” 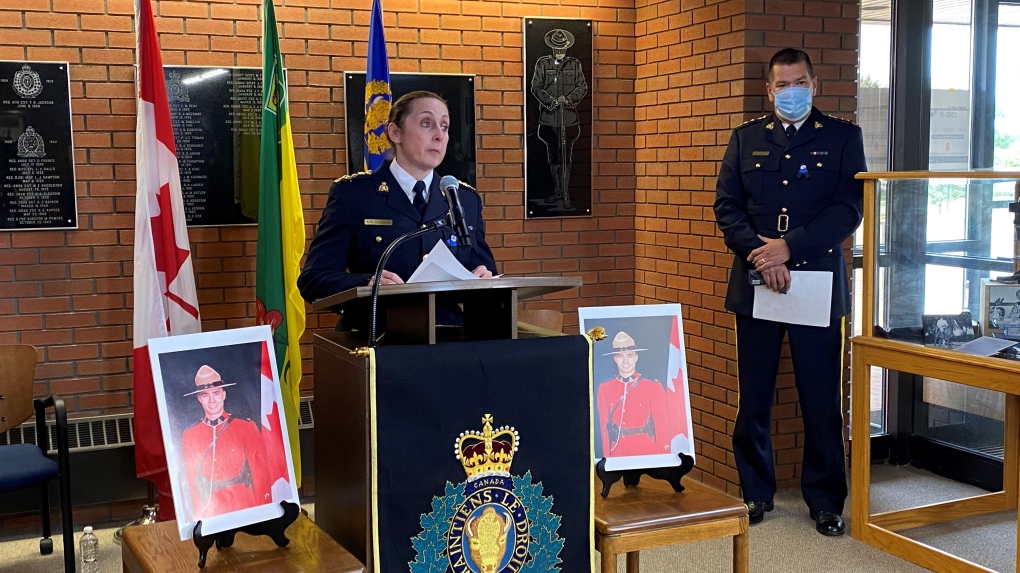 Patton spent six years as a member of the RCMP, stationed at the Indian Head detachment since 2015. Blackmore said he also spent time on assignment at Parliament Hill before officially beginning his duties in Indian Head.

He leaves behind his wife.

“I am heartbroken for her and her family," Blackmore said. “Constable Patton’s family is also part of the RCMP family. They’ve lost a husband, son and brother.”

The RCMP Major Crime Unit North is taking the lead in the investigation. RCMP said updated information is expected in the coming days.

As of 6 p.m., police still had several blocks closed off in the town of Wolseley.

In Wolseley at the scene where on-duty RCMP officer 26 y/o Constable Shelby Patton was killed while conducting a traffic stop this morning. Suspects involved have been arrested by police. Charges are pending. @ctvregina pic.twitter.com/dFwi3veqw3 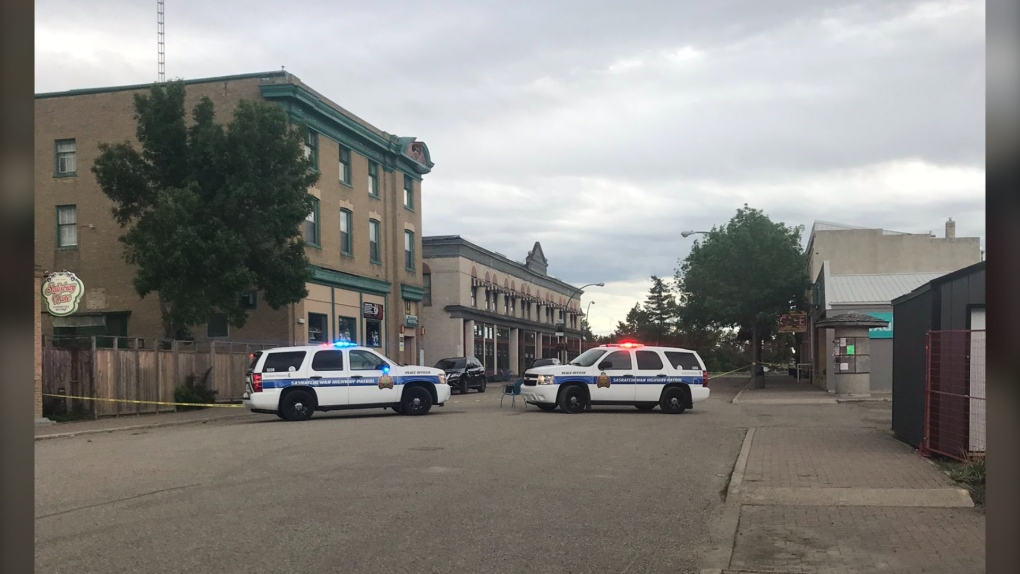 Blackmore said there are no additional suspects being investigated at this time. She added that police believe no weapons were involved in the incident.

The last death of an on-duty RCMP officer in Saskatchewan occurred in July 2012.

A mass shooting survivor and spokeswoman for gun-control group PolySeSouvient says it is 'incredibly disrespectful' for firearm rights advocates to invoke the group's name in a merchandise sale discount code.

A memorial totem pole taken almost a century ago from the Nisga'a Nation in British Columbia is being returned to its homelands, says the National Museum of Scotland.