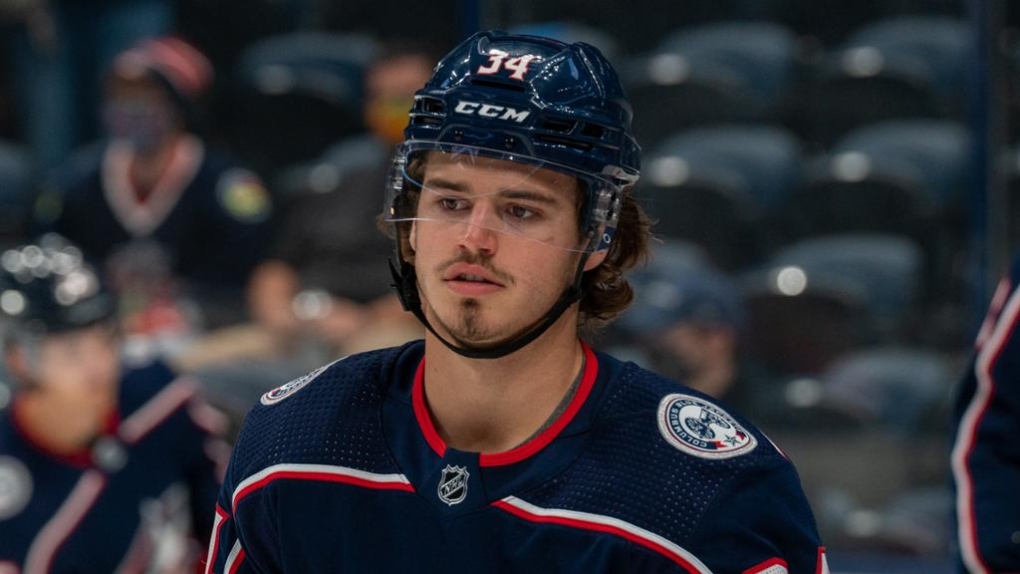 Regina's Cole Sillinger became just the sixth 18-year-old to crack the Columbus Blue Jackets’ starting line-up on Thursday night and he made every second count.

“Everything I expected but even more. The guys were very great, very supportive of me.” Sillinger told the media after the game, adding he was doing his best to take it all in, because veteran players warned him it would go by quickly, and it did.

The Blue Jackets first round draft pick hit the scoresheet midway through the third period on a goal by line-mate Max Domi. Sillinger knocked the puck out of mid-air just inside his own blue line and sped up the right wing running into a defender.

The rookie created some room in the middle of the ice by taking the defender with him, allowing Domi to walk in and fire the puck past Coyotes goaltender Carter Hutton.

“I was just lucky enough to hit it out of the air and it was kind of a foot race and the whole way down. I heard Domi say “silly behind you” so I just tried to take body position and tap the puck behind my legs. It was a great shot,” Sillinger said .

Sillinger started the game on a line with Max Domi and Boone Jenner. The trio have developed good chemistry according to Sillinger through the pre-season.

Sillinger played 13:37 seconds Thursday night at Nationwide Arena in Columbus, OH. He won four of his five faceoff attempts including the opening draw of the night. He also received a minor penalty.

“It took me a couple shifts for sure to realize I was playing my first game.” Sillinger told reporters. “As the game got on, I got more comfortable.”

Cole’s father Mike Sillinger played for the Columbus Blue Jackets in 2003, one of 12 stops during his 17 year NHL career. Cole Sillinger was born in Columbus during Mike’s stay. Mike and his wife Karla were at Thursday’s game to see Cole’s debut.

Cole Sillinger played 52 games with the Medicine Hat Tigers in the Western Hockey League scoring 22 goals and 33 assists. Last season, he elected to play in the USHL for the Sioux Falls Stampede where he continued to show his offensive punch, scoring 24 times in 31 games.

Sillinger and the Blue Jackets are back in action on Saturday night when they host the Seattle Kraken.