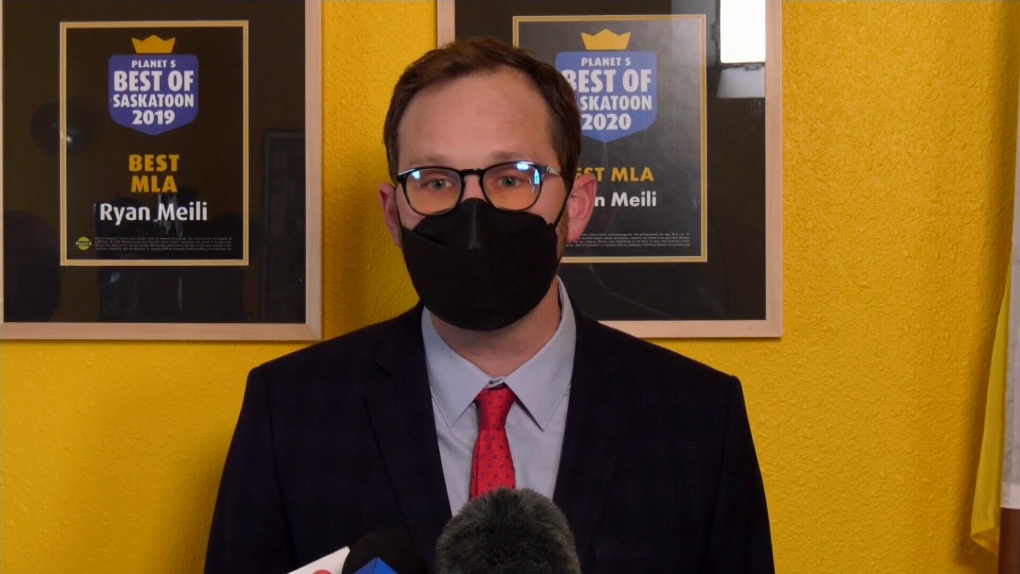 Ryan Meili speaks at a press conference at the NDP cabinet office in Saskatoon on Feb. 18, 2022.

“I was last to test positive and so far have the fewest symptoms, but we're all pretty wiped and grateful we'd planned to be home this week,” he said.

In the days previous to his online announcement, Meili announced that his five-year-old son, Gus, had tested positive for the virus and had to be treated in hospital.

Update: spent the day in Peds ER with Gus (4), COVID day 5. He'd been improving, but woke up crying in pain today.

According to Meili, the virus is now making its way through his household.

In his messages to social media, Meili thanked the public for their support of his family and reminded people that the pandemic is not over.

“Please remember," he said. "We learn to live with COVID by adapting to keep each other safe, not pretending its over."