One of the new cases is a presumptive positive, while the rest are confirmed.

Of the 341 cases in the province, 57 are considered active. Saskatchewan has recorded 280 recoveries so far. 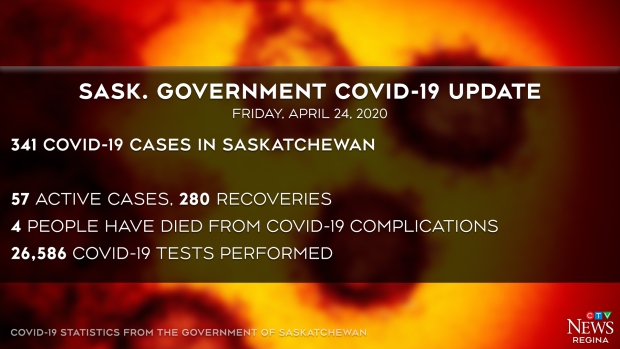 Health officials say five people are in hospital, including two in the ICU. The other three are receiving acute care.

Premier Scott Moe said those case numbers are linked to an "outbreak" situation in La Loche.

“Even though Saskatchewan has successfully reduced the spread of COVID-19, unfortunately, we can expect to experience isolated outbreaks such as this,” said Saskatchewan Premier Scott Moe.

In the past week, 23 of Saskatchewan’s 28 new COVID-19 cases have been in the north or far north.

Moe said the province is working with northern communities to staff check points that have been set up on all highways leading into northern Saskatchewan to restrict non-essential travel. Friday’s order gives full legal authority for these restrictions to be enforced at any of these checkpoints.

A fire suppression crew stationed in La Loche will be assisting enforcing these new restrictions. 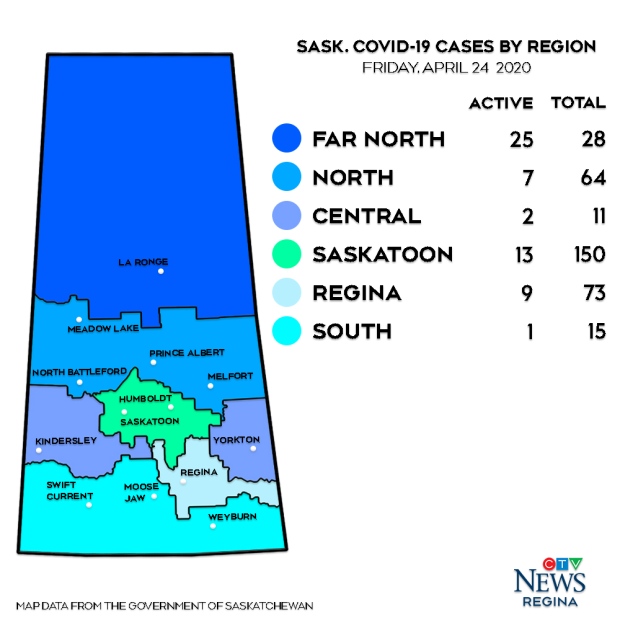 When can I see my friends?

The province saw its largest increase in COVID-19 cases since April 8 on Friday, however Dr. Shahab said Saskatchewan’s curve remains flat despite the outbreak in La Loche.

Many questions were raised on Thursday, following the announcement of the province’s “re-open Saskatchewan” plan, but Dr. Shahab said at the moment the day to day routine for people around Saskatchewan should remain the same.

“On a day to day basis, actually nothing much should change,” said Shahab. “You should still behave exactly as you behaved yesterday, and be conscious that we need to stay at home or close to home as much as possible.”

Health officials say gatherings are still limited to 10 people, but one or two close families or friends can form an “extended household group.”

On Thursday, Dr. Saqib Shahab said people can form "virtual households" to spend time with others in a safe way.

The province says the group needs to stay consistent and people shouldn’t visit different families or friends each day.

Shahab said limiting your contact to the same group of people will make contact tracing easier, should someone you know test positive for COVID-19.

Health officials also say people should consider if anyone in their household or group has chronic health conditions that may put them at greater risk. 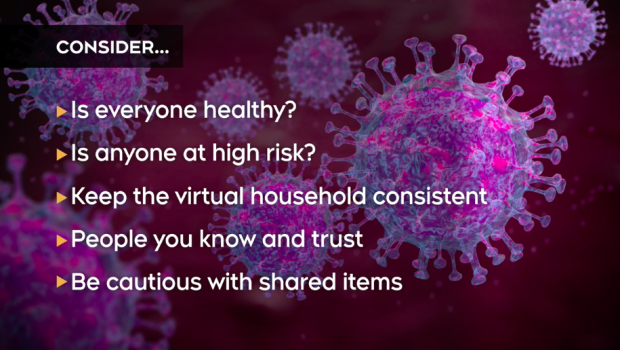 Anyone who is sick should still stay home and people should maintain proper physical distancing whenever possible.

Recently the province’s testing rate has slowed, however Dr. Shahab said the province had a positive test rate of 0.4 per cent between April 13 and 18. Currently Saskatchewan’s overall test positive rate is around 1.3 per cent.

“The test positive rate being low suggests that were are not missing cases,” said Shahab. “Having said that, we also have to understand that with flu season on the way out, a lot of people are not seeking testing because they’re not presenting with fever or cough.”

“We do want to encourage testing with even slight symptoms, a cough or runny nose, just to catch transmission early on.”

The province says 136 cases are related to travel, 145 are from contacts or mass gatherings, 34 have no known exposure and 26 are currently under investigation.

There have been four deaths in Saskatchewan related to COVID-19 so far.