REGINA -- The province reported nine new cases of COVID-19 on Tuesday and launched a new map which details cases across 13 regions.

There are 253 active cases in the province, with the bulk being in the southern, central and northern regions. In total, there are 1,368 reported cases and 1,097 people have recovered. 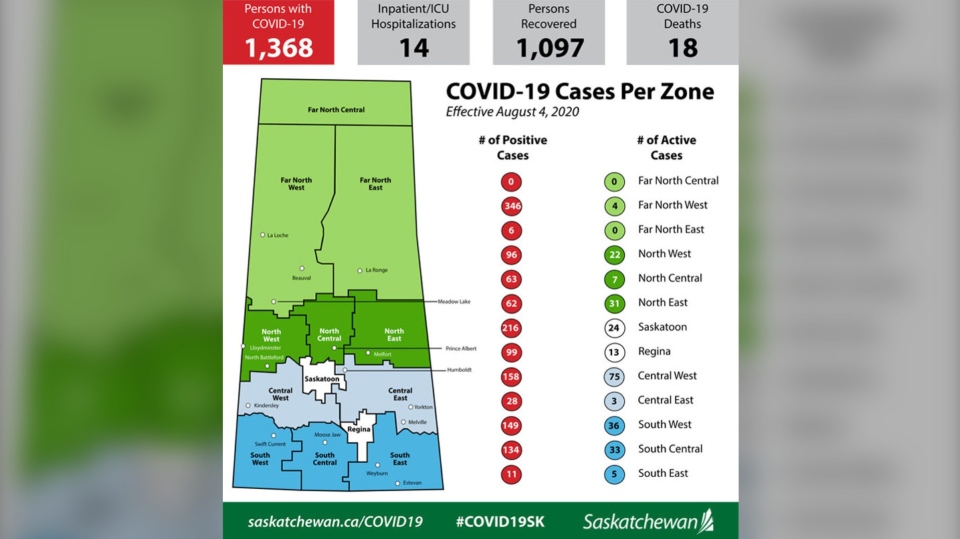 The province has launched a new map of 13 regions. As well, there is a second map that breaks down the regions into 32 smaller zones. That map can be accessed here.

The province’s online dashboard will continue to be based on the previous six regions. That will be changed once new geographic information is incorporated in the coming weeks.

The dashboard can be found here.

The Government of Saskatchewan has released the Safe Schools Plan, which will help the provinces 27 school divisions safely return to in-person classes.