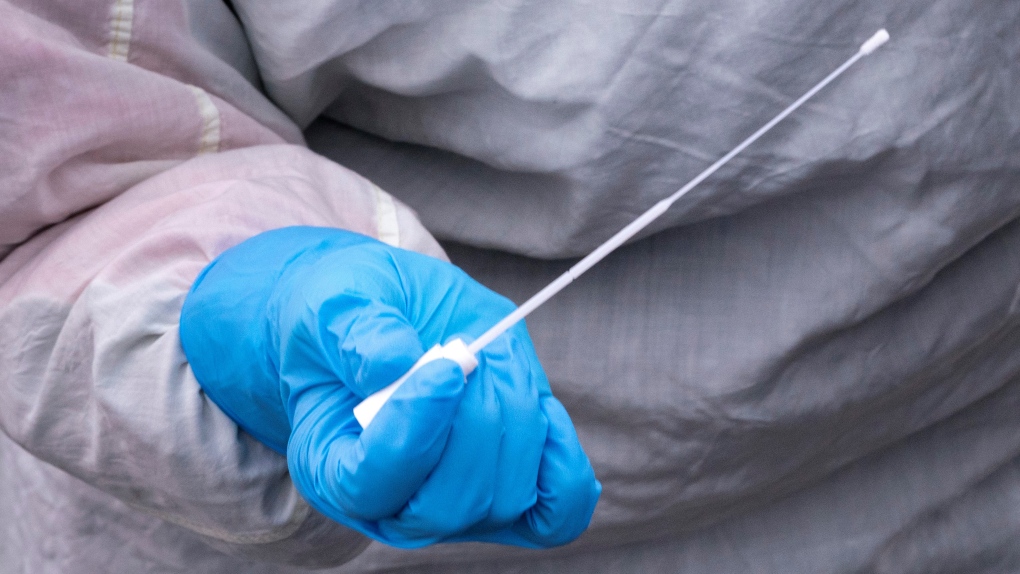 A nurse holds a swab to test a patient at a drive-through clinic in Montreal, on Wednesday, April 1, 2020. (Paul Chiasson / THE CANADIAN PRESS)

REGINA -- Saskatchewan has surpassed 40,000 COVID-19 tests performed, according to a release from the province.

As of Saturday, there have been 40,097 tests conducted.

The government attributed the lower testing numbers to a lower need.

“This is due to decreased demand for testing, not a drop in testing capacity, due to the success of preventative measures and the reduction in positive cases in many areas of the province,” the release said.