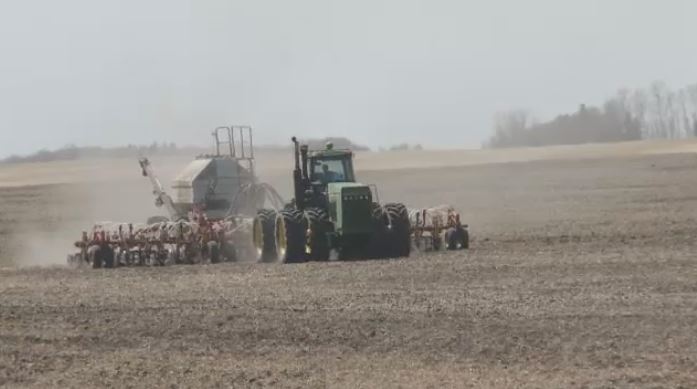 Producers have seeded 96 per cent of their crop, ahead of the five-year average of 92 per cent for this time of year.

Seeding is most advanced in the southwest region at 99 per cent complete. The east-central region is least advanced at 93 per cent seeded.

Most of the province didn’t receive any rain over the past week, especially in the south and central regions. The north had some rain. Strong winds and dry conditions have reduced topsoil moisture in most of Saskatchewan. Producers will need rain soon to help replenish topsoil levels, the report says.

Crops are mostly in good condition, although more rain will help with crop development.

Most damage this week is from strong winds, dry soil, flea beetles and light frosts in some areas.

Most of the crop damage this week was due to strong winds, dry soil conditions, flea beetles and light frosts in some areas of the eastern regions.