These canoes were stolen from a Regina school board 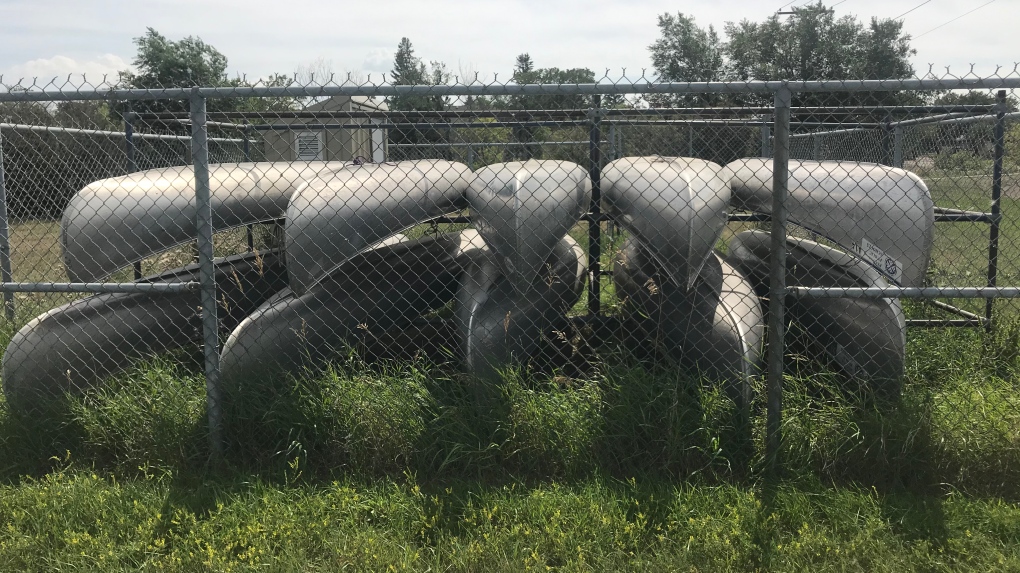 These canoes. which belong to the Regina Public School Board, were stolen. (Cally Stephanow / CTV News Regina)

The school board said on Wednesday the missing canoes were noticed on Sunday by a nearby resident.

Regina Public Schools said it has insurance for the canoes, but staff are bothered that someone would steal canoes from students.

"The impact is on students," said Terry Lazarou with Regina Public Schools. "These canoes are used to teach not only valuable canoeing skills to students, but also everything that comes with outdoor activity. It's a valuable experience for students. Students will be potentially robbed of this opportunity."

Lazarou said the canoes are part of the schools' outdoor education programs. Due to the COVID-19 pandemic, it is unlikely the canoes would have been used this fall.

He said the school division does have a message to whoever stole the canoes.

"Yes, they're robbing a large school division but actually they are robbing their neighbours," Lazarou said. "They're robbing kids who probably would create formative experiences on the water learning how to use these canoes."

At the latest Regina Police Service (RPS) Board of Police Commissioner's meeting, RPS reported a decline in theft in Regina since 2019. It said from January to July of 2019, 3,520 incidents of crime were reported in the city. During the same time period in 2020, that number has dropped by 37 per cent to 2,234