These Regina runners show no signs of slowing down, proving age is just a number

Friday marks the International Day of Older Persons, and a Regina running duo has become a testament to the adage "age is just a number."

Carol LaFayette-Boyd, 79, is training to compete in the Masters for Track and Field World Championships, set to take place in Finland in the summer of 2022; but, she is no stranger to competition.

"I broke world records when I was 75 and 76," said LaFayette-Boyd. "I want to meet those records or break them in Finland."

The seasoned track athlete started seriously training with the Regina Athletic Track Club in 1992, when she turned 50. Since then, she has won 18 gold medals in four other World Masters in Italy, California, Hungary and Spain. 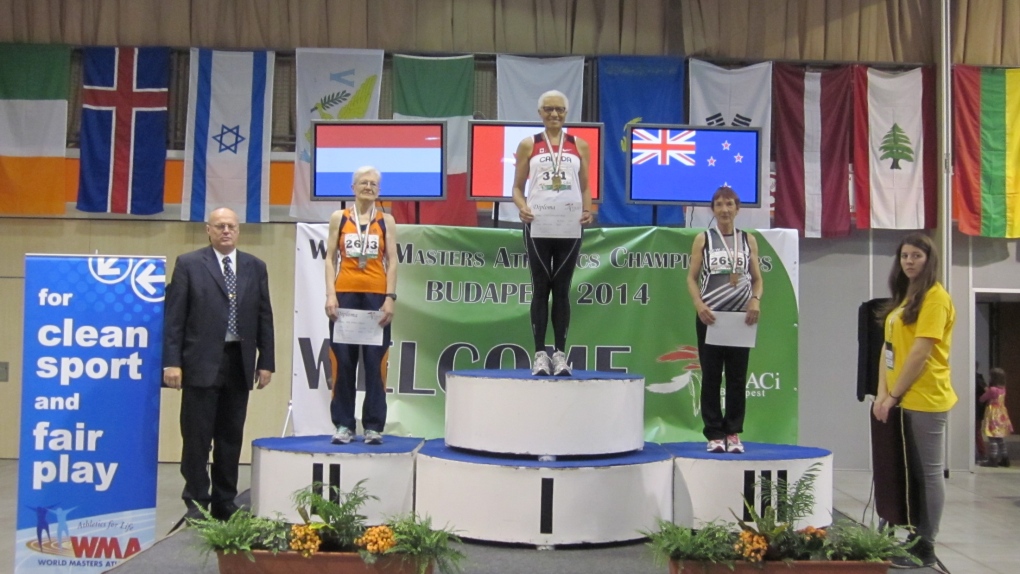 She holds records in both provincial and national indoor track for her age group in the 50 metre, 60 metre, 200 metre, 400 metre and the long jump, high jump and triple jump events.

LaFayette-Boyd also holds a number of records on the outdoor track including in the 100 metre and 200 metre categories, as well as in the long, high and triple-jump events for women. 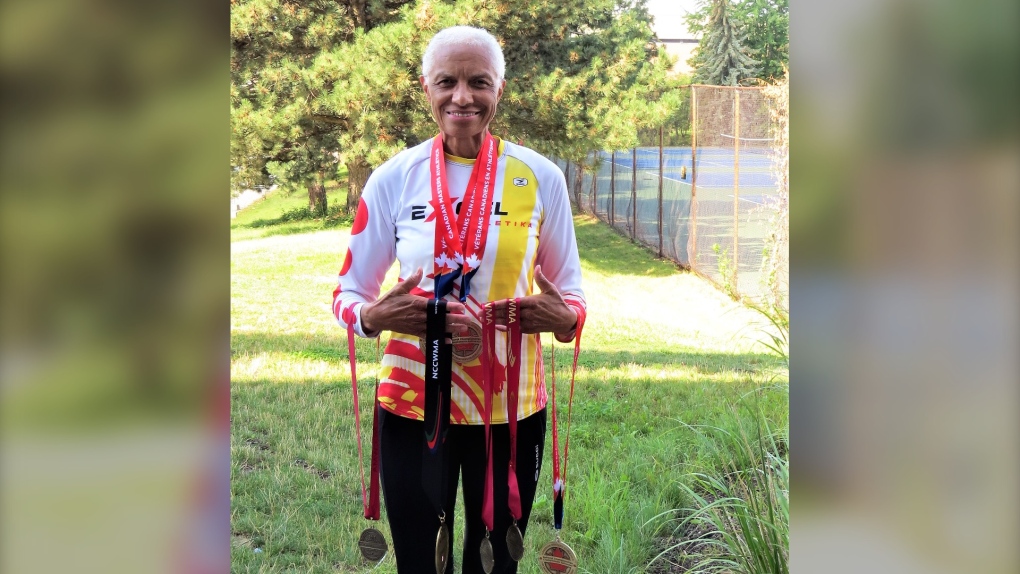 FUELLED BY FAITH AND FRIENDSHIP

LaFayette-Boyd's long list of accomplishments have been motivated by two key factors, the first being her unwavering faith.

"As a Christian I say, ‘I can do all things through Christ who strengthens me.’ So I can do anything," said LaFayette-Boyd.

The second piece to her success is her long-time training partner Selina Coward.

"I started [competing] in '92 when I turned 50 and then in '96 Selina came along and she was 12 years younger and fast." recalled LaFayette-Boyd. "It was hard to keep up with her, but we've been together ever since," 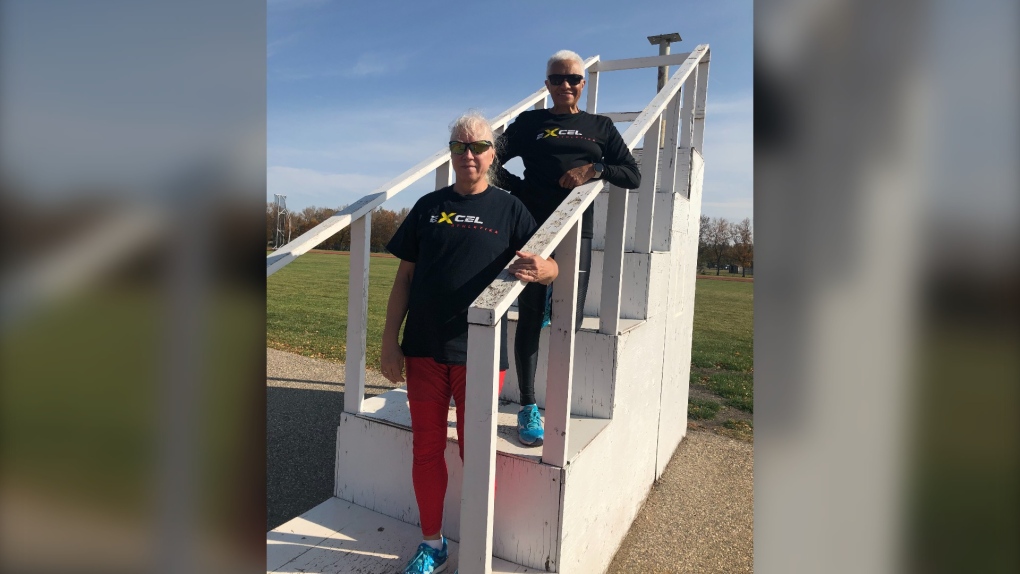 The pair can often be seen training together at the Douglas Park track and have developed a life-long bond over their mutual love for physical activity.

"She's a great person to be with," said Coward on LaFayette-Boyd. "Even if you don't say anything to her, she still helps you out."

‘THE PAST IS ALL UNDERSTANDING’

While LaFayette-Boyd has become a well-decorated athlete, she has also had to cope with several tragic losses.

In the span of three years, three members of her family died.

"[September 28] was seven years since my son passed away," said LaFayette-Boyd. "God has given me peace and as the bible says 'the past is all understanding' and I don't understand it, but I'm here and I think running really helps you have a sense of purpose."

The pandemic has also altered how athletes every age train.

"We lost a year, we lost years that we have worked hard for and we have to try to acheive it and get it back so we can go [to competitions] in the future and be strong again," said Coward.

With many events having to go virtual and limiting face-to-face interactions, technology has become a new and exciting part of Coward and LaFayette-Boyd's training routine.

"With this FitBit, it's been a really good learning opportunity," said LaFayette-Boyd, flashing the high-tech watch on her wrist. "It's been wonderful to see how many steps I actually took and how many stairs I've actually climbed."

While LaFayette-Boyd is hoping to set some new records in Finland in 2022, it's the inspiration of athletes still competing in their triple digits that motivates her to continue. 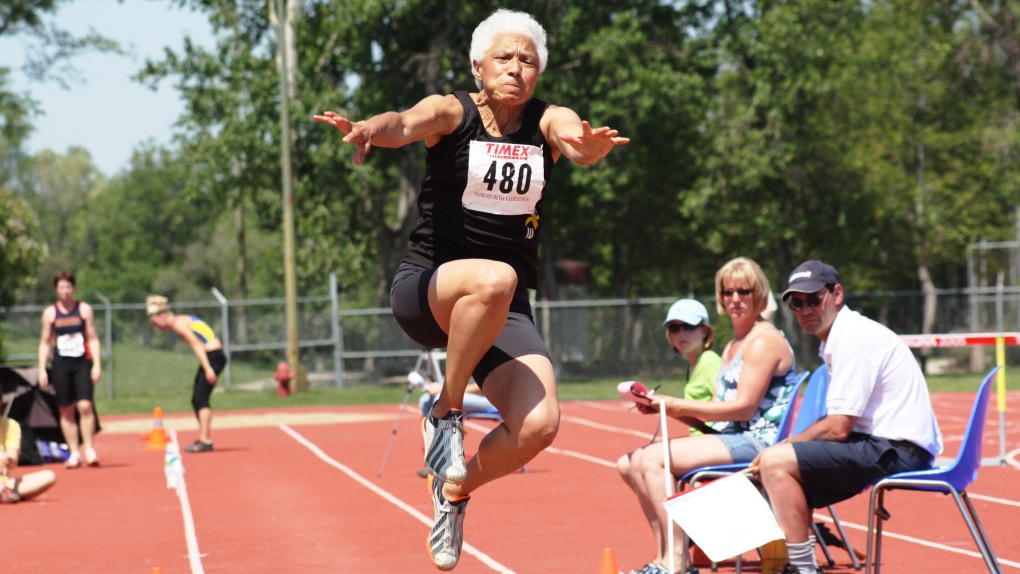 As for Coward, her motivation is simple: "to stay fit, to stay healthy, to stay strong."

Two people were struck and killed by falling trees during a severe thunderstorm that hit most of southern Ontario Saturday afternoon.

As the May long weekend kicked off, a massive thunderstorm in southern Ontario brought strong wind gusts that knocked down trees, took out power and left at least two people dead.

Roberta Drury, a 32-year-old woman who was the youngest of the 10 Black people killed at a Buffalo supermarket, was remembered at her funeral Saturday for her love for family and friends, tenacity 'and most of all, that smile that could light up a room.'

Why does smoke seem to follow you around a campfire? B.C. research scientist Kerry Anderson told CTVNews.ca the answer actually boils down to physics.

Some drivers in Toronto may be feeling on edge as Toronto is dealing with a rash of violent carjackings targeting mostly high-end vehicles.

A year of trauma, catharsis and finally peace for some survivors of Kamloops school

The nightmares started last May, said Harvey McLeod, chief of the Upper Nicola Indian Band and a survivor of the former Kamloops Indian Residential School.