'Very close call': SJHL player okay after being cut by skate during game 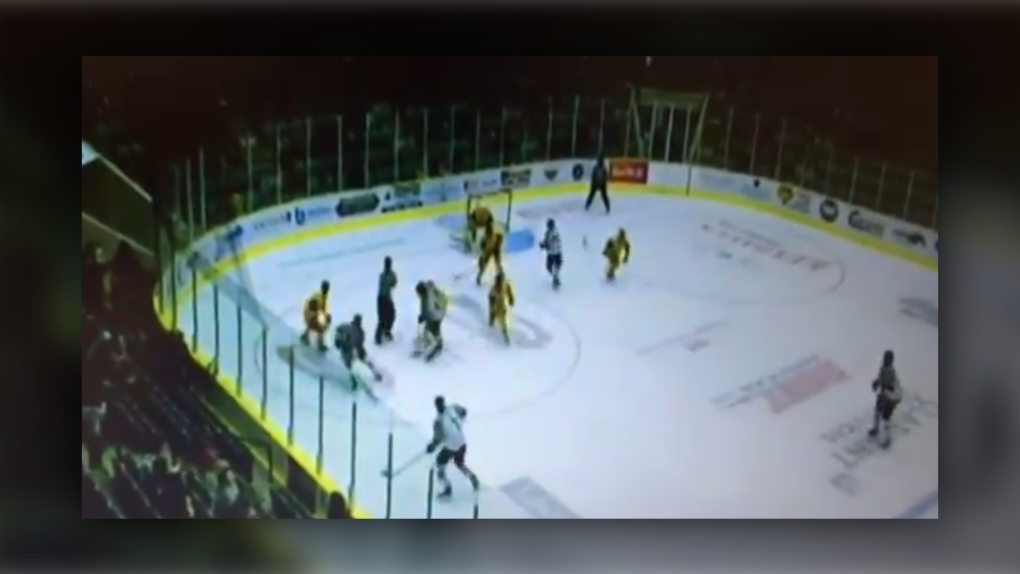 A screenshot from a video showing the play where Battlefords North Stars forward Matthias Urbanski is cut by a skate during a game against the Estevan Bruins on Oct. 4. (Source: Estevan Bruins)

ESTEVAN -- A forward with the Saskatchewan Junior Hockey League’s Battlefords North Stars is okay after being cut by a skate during a game Friday night.

It happened during the third period of a matchup between the North Stars and the Estevan Bruins in Estevan, when Matthias Urbanski skates towards the Bruins net after a faceoff, where a number of players get tied up in a scramble for the puck.

Sometime in the following moments, Urbanski is caught in the face by the skate of Bruins defenseman Devan Harrison.

Urbanski is then shown quickly skating to the bench.

In the aftermath a high sticking double minor was called on Bruins centre Tanner Manz.

Urbanski was cut by the skate of Bruins’ D-Man Devan Harrison on this play. Hard to see clearly in the video, but fortunate that only a dozen stitches were needed. #SJHL pic.twitter.com/hm0r9MWXFj

“Hard to see clearly in the video, but fortunate that only a dozen stitches were needed,” the Bruins tweeted shortly after the game. The tweet was also shared by the North Stars account.

The North Stars posted an update on Urbanski's condition to Facebook Saturday.

It's unclear how long Urbanski will be out of game action.

Prior to the incident, Urbanski had a goal in the contest, which the North Stars went on to win 2-0.