'We make it loud, we have fun': Stock car racing back on track in Yorkton 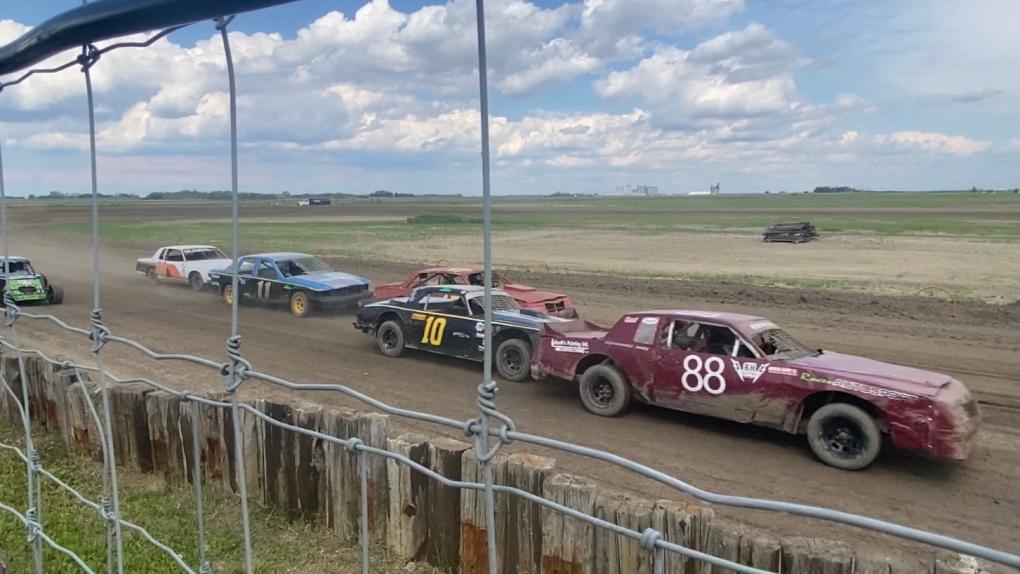 Yorkton's race tracks were busy as stock cars raced to the in finish line.
YORKTON, SASK. -

The Yellowhead International Speedway in Yorkton hosted a season opener for stock car racing on Sunday.

Both racers and spectators were excited for the action.

“When you’re going in the corners nice and hard, and the car is setting up good and you’re going, it’s a really good feeling,” Quentin Skjerdal, driver of car #19, said.

Spectator Shaylee Valuck said she likes seeing the personality in each car.

“It’s so nice to see some originality in between the vehicles. It’s just so awesome to be here and watch,” Valuck explained.

Car #8 driver George Musqua said he plans to customize his car, and his wife’s car, next summer.

“Next year, both of them are going to be black and orange. So, that’s our team colours,” Musqua said. 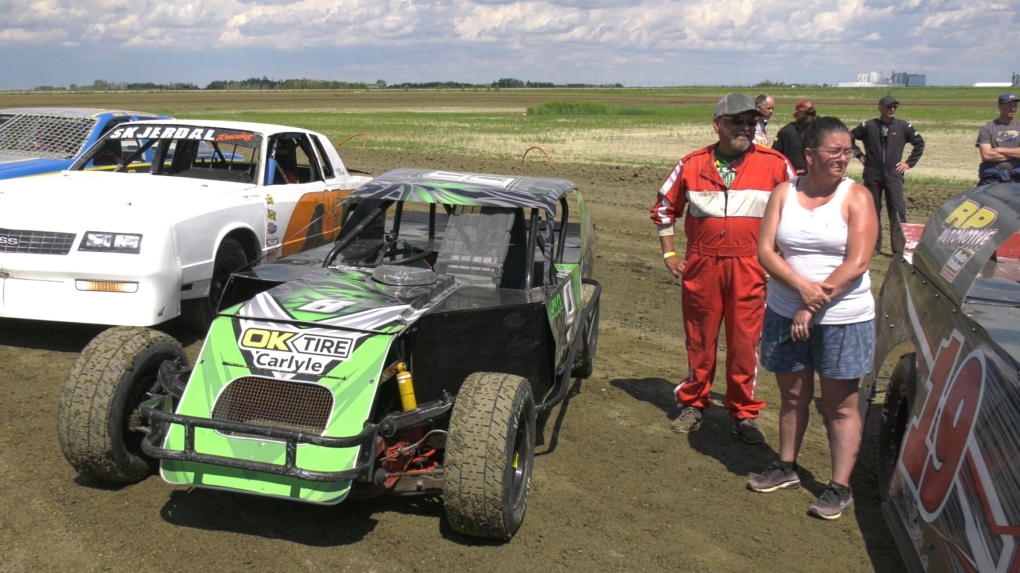 George Musqua's car #8 is seen at the race track.

Musqua has to get the gas for car #8 from the Yorkton Airport.

“My car actually doesn’t run on normal gasoline. My car runs on a mixture of alcohol and airplane fuel…. its 290 horses for a four cylinder,” he said.

Musqua said airplane fuel is actually cheaper than he expected.

“I thought for sure when I got into this, it was like I’m going to pay a fortune in fuel. Realistically, I’m paying three cents cheaper than regular fuel,” he said.

No matter what type of fuel a racer uses, gas prices are making the sport more costly.

“When we’re racing the last thing on our mind is gas,” he said.

Malayney adds, at the end of the day, it’s about the community at the track.

“It’s a great facility to have in our city, and we need something like this for people to come together and enjoy motorsport racing. we make it loud, we have fun, so that’s why we’re here,” he said.

The last race of the season is on August 28.

Air Canada and Toronto's Pearson airport again claimed the top spots for flight delays on Tuesday, marking at least four days in a row where the country's biggest airline has placed No. 1 of any large carrier worldwide.

Planning a road trip? Here's how to save money on gas this summer

As gas prices slightly trend down this week after some of the highest national averages seen in recent months, some Canadians may be thinking twice before planning their usual summer road trip plans. CTVNews.ca looks at how drivers can save at the pumps while travelling.

Foreign ministers from the Group of 20 leading rich and developing nations are gathering in Indonesia's resort island of Bali for talks bound to be dominated by the conflict in Ukraine despite an agenda focused on global cooperation and food and energy security.

OPINION | How much of a mortgage can I afford in Canada?

Prices have been easing slightly recently, but affording a mortgage is still a very difficult task for many Canadians. How much of a mortgage can you afford? Contributor Christopher Liew breaks it down in an exclusive column for CTVNews.ca.