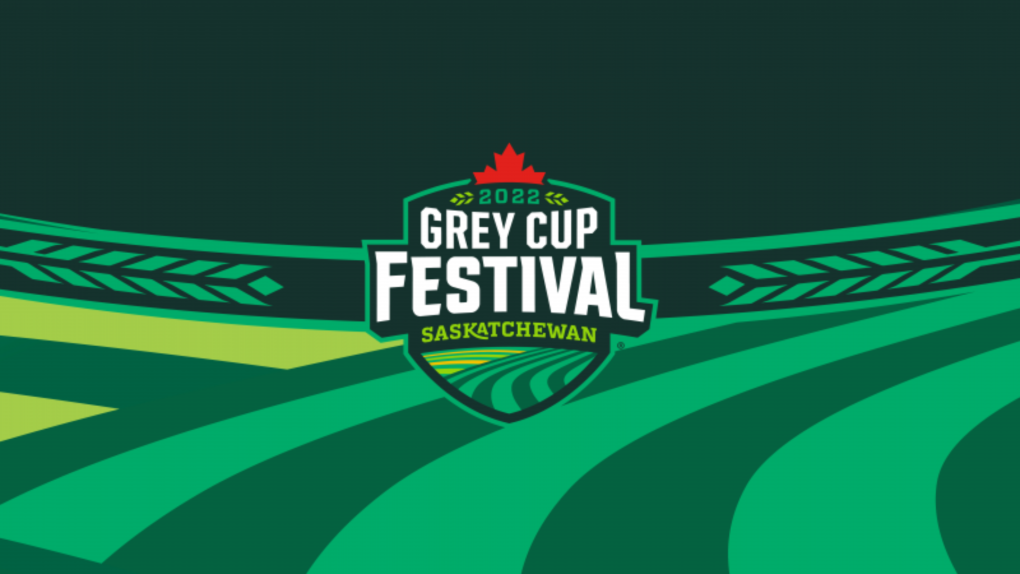 The festivities for the sold out 109th Grey Cup game in Regina are about to begin. Here is what you need to know about this week’s Grey Cup Festival in the Queen City.

The festival is set to run from Nov. 16 to Nov. 20, with five days full of events and fun opportunities for CFL fans in Regina.

The Grey Cup will be transported from Saskatoon to Regina on a five hour journey down Highway 11.

The convoy will be made up of Saskatoon Police Service members, Saskatchewan RCMP and Canadian Armed Forces personnel.

Indigenous leaders will accompany the cup on its trip, as it crosses from Treaty 6 to Treaty 4 territory.

The free, all-ages event will begin at 5 p.m. and will officially launch the 2022 Grey Cup Festival and welcome the CFL championship trophy to the Queen City.

The celebration offers visitors of all ages to experience Riderville before it becomes a 19-years and older venue the next day.

The party is set to be held in the Viterra International Trade Centre at 1700 Elphinstone Street.

Described as “a fun, interactive way to get your game on” the Sasktel Digital Zone provides visitors video games with interactive technology and sports experiences.

Among the attractions are a virtual field goal kicking competition, a head to head stage, an augmented reality photo booth as well as a “V/R-cade” which offers everything from augmented reality dodgeball to a robot soccer match.

Tickets for the event cost $194.25. The reception is set to begin at 6 p.m. at the Conexus Arts Centre, with the event officially beginning at 7 p.m.

The Brandt Centre will host over 200 professional e-sports athletes as they face off to win the largest prize pool ever offered for Super Smash Bros Ultimate.

Visitors can try the game for themselves for free on Thursday before the tournament gets underway on Friday and Saturday.

The competition features winners from the nine lead-up events representing CFL markets from across Canada.

The skies above the Grey Cup Festival will be illuminated by a nightly drone show.

The event at Confederation Park will be lit up by 300 drones working in formation to create a light show. According to the festival, it will be the largest drone show ever flown in Canada.

The shows will last for around 10 minutes, with the drones set to create a depiction of Turtle Island before highlighting all nine CFL teams and the Grey Cup itself.

The free nightly events are set to begin at 9 p.m.

Six party rooms will be available in the REAL District, representing eight CFL teams along with the Atlantic Schooners.

Most of the team party rooms will be located in the Cooperators Centre with the exception of Riderville, which will take place in the International Trade Centre.

A day pass will cost visitors $50, while a three day pass of $104 will cover admission to all six party rooms for each day they are open.

Admission to each room is strictly 19-years and older.

Described as a giant outdoor playground, the Nexgen Energy Street Festival offers four days of family friendly activities like games, warm up stations, shows from the Harvard Community Stage as well as the SaskPower Tube Slide.

The free street festival will run from 11 a.m. to 9 p.m. in Confederation Park.

An indoor, family focused interactive area will be provided for those who are younger and young at heart, according to the festival.

The free area will house obstacle courses, bouncy castles and a selfie boutique.

The Family Fair will run from 11 a.m. to 9 p.m. in the Affinityflex building.

HUDDLE IN THE HEARTLAND

Huddle in the Heartland is a youth football area that will offer programming to grow the game of football and teach children who are new to it.

Programming will include player led drills, position breakdowns and interactive skills competitions with a live leaderboard.

The free event is an extension of the Family Fair and will run from 11 a.m. to 9 p.m.

The Gainer’s Heartland event promises to transport visitors to the ‘Heart of Saskatchewan.’

The family friendly space offers festival goers a relaxed venue to connect and many local food vendors as well as opportunities to explore Saskatchewan’s Indigenous roots.

Activities such as photo booths, face painting, hair braiding, colouring stations and many more will be available.

The area is also set to be visited by Saskatchewan's favourite gopher.

The free event will see CFL Commissioner Randy Ambrosie provide an update on the direction of the Canadian Football League.

Ambrosie will also be available to take questions from fans.

The event is scheduled to begin at 10 a.m. at the International Trade Centre.

The ‘fan-favourite event’ at the Queensbury Convention Centre includes a meal, silent auction, live auction, and heads-or-tails fundraiser that runs from 11 a.m. to 2 p.m.

CFL Commissioner Randy Ambrosie and the Grey Cup will also be in attendance.

Guests to the event will be able to hear first-hand stories from CFL alumni.

The Alumnus of the Year Award and the Indigenous Champion Award will also be presented at event.

CFL alumni members will be seated at every table. The Grey Cup Festival promises visitors a “memorable, up-close-and-personal experience for the die-hard CFL fan.”

Admission to the event will cost visitors $157.

A free, pancake breakfast will be provided at Confederation Park from 11 a.m. to 1 p.m.

The event is put on by the Calgary Grey Cup Committee. The organization promises to put on a “kicken stampede breakfast” for all those who attend.

20 cheer teams from across Canada will show off their skills at the Cheer Extravaganza at the Brandt Centre on Friday.

The event, running from 1 p.m. to 3 p.m. is set to feature baton teams, dancers, cheerleaders and more.

Admission is listed as $20 for adults, while youth under 14-years of age get in free when accompanied by an adult.

The event is rush seating and organizers encourage visitors to arrive early to ensure they get the best seats.

The Friday night Canadiana Gala will be held in the Queensbury Convention Centre at 6 p.m.

The event is described as a family-style sit down meal. The Juno award winning band The Road Hammers will provide entertainment.

For game day, both indoor and outdoor tailgate parties are set to be offered.

The indoor tailgate in the International Trade Centre will cost visitors admission of $104, while the outdoor event is free with a ticket to the 109th Grey Cup game.

The Saskatchewan country music band The Hunter Brothers will provide entertainment for the indoor tailgate prior to kickoff on Sunday.

More information on the activities of the 2022 Grey Cup Festival can be found on its website.

More disciplinary action may be coming now that the harrowing video of Tyre Nichols' treatment has been released. The Memphis police department is among many U.S. law enforcement agencies with 'duty to intervene' policies. Memphis police relieved two other officers of duty Monday and say the department is still investigating what happened.

A family in the remote First Nation community in Peawanuck, Ont., is dealing not only with the death of their young daughter, but the loss of everything they owned in a Jan. 28 house fire.

How did a radioactive capsule go missing in Australia and how dangerous is it?

Australian authorities are mounting an extensive search for a tiny radioactive capsule believed to have fallen out of a road train that travelled 1,400 km in Western Australia. Here's what you need to know:

As the B.C. government decriminalizes small amounts of hard drugs, critics note there are still not enough treatment resources for the users seeking them.

Two monkeys were taken from the Dallas Zoo on Monday, police said, the latest in a string of odd incidents at the attraction being investigated -- including fences being cut and the suspicious death of an endangered vulture in the past few weeks.

Ukraine is pushing its Western allies to provide it with fighter jets, a week after winning pledges of sophisticated modern tanks to help it beat back Russia's invasion force after almost a year of fighting.