Yorkton takes on pilot project after plea from young beekeeper 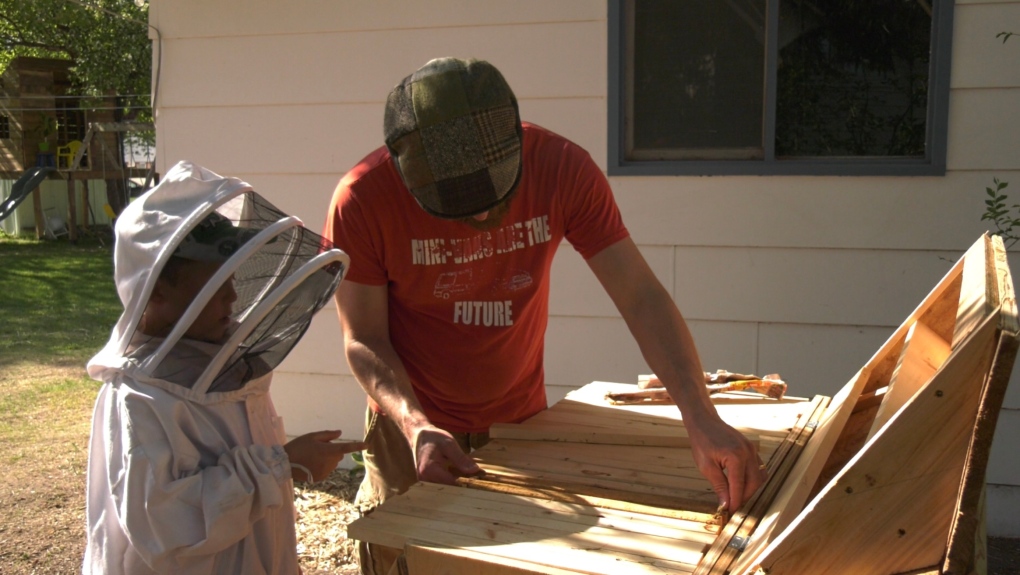 The City of Yorkton is allowing up to five families to keep bees in their backyard as part of a new pilot project, after a family of beekeepers made their case before council.

Eight-year old Ewan Hunter and his mother Allison Henderson-Hunter, pitched a pilot project which would allow them to keep a single hive in their backyard.

“It felt meaningful to go to our council over an idea that came from our son and was so important to our family,” said Henderson-Hunter.

Since the age of three, Hunter said he has always had a deep interest in bees and beekeeping.

Yorkton’s animal bylaws include bees as species not allowed within city backyard spaces, however, the pair informed council of other cities like Regina, Saskatoon and Edmonton, allow for urban beekeeping under set requirements.

Currently the City’s Animal Control Bylaw prohibits urban beekeeping, but if the pilot project is deemed successful, amendments will be made in order to permit backyard bees.

“We looked into the guidelines and regulations in other cities, especially Edmonton-- that have very Robust guidelines around beekeeping,” said Henderson-Hunter.

The presentation concluded with council agreeing to the pilot project, allowing up to five families in Yorkton to have backyard bees.

Mayor Mitch Hippsley said that although backyard bees are allowed, this may not include other animals. He said council looks forward to what ideas may come along the future.

“It will be interesting to see what comes to the table based on the premise of the beekeeping,” said Hippsley.

The family said that they have received a lot of support from the community. Although the family is not allowed to sell the honey, they are excited to indulge as soon as they can.

“Well we as a family have a veracious appetite for honey, so we will be eating a lot of honey. Ewan is a honey monster I would say,” said Henderson-Hunter.