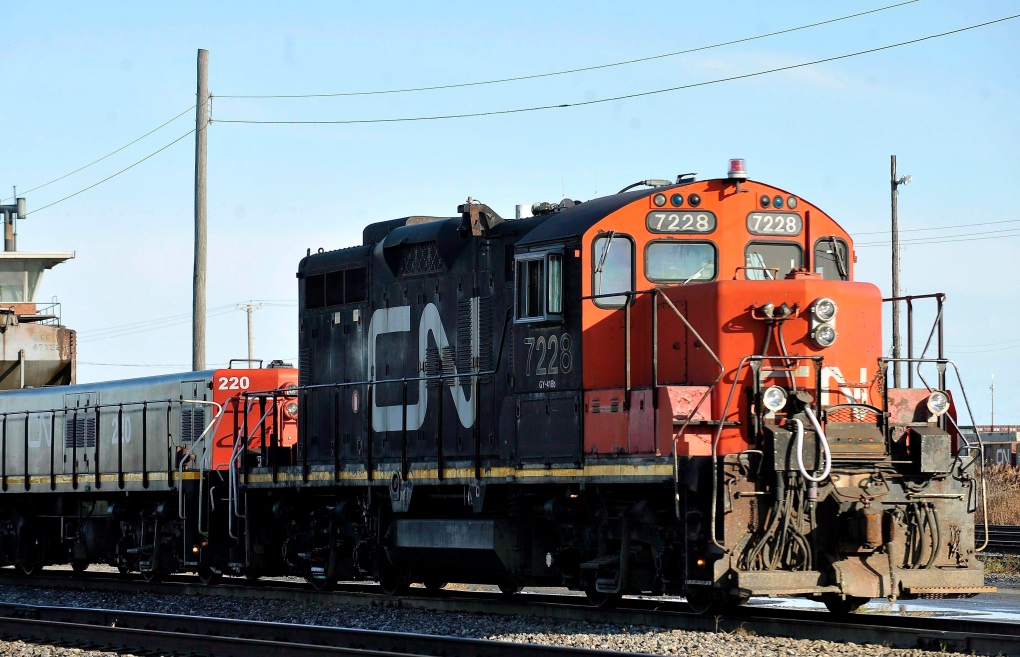 A CN Rail locomotive goes through the CN Taschereau yard in Montreal on Saturday, Nov., 28, 2009. (Graham Hughes / THE CANADIAN PRESS)

About $100 million will be spent this year in northern Alberta to handle higher anticipated volume in the Peace River region, the railway said Thursday, adding that feeder lines in Saskatchewan and Manitoba will be included in the $500-million multi-year program.

"We want to provide our customers with the capacity for continued efficient freight transportation services that increase their competitiveness in North American and global markets, as well as ensure our rail infrastructure is as safe as possible."

The improvements include heavier rails, crushed rock ballast and ties along the road bed.

CN spokesman Mark Hallman said that record volumes of some types of freight originating in Western Canada last year "resulted in some increase accidents owing to track issues on that part of CN's network, including northern Alberta."

"In 2015, CN plans to invest approximately C$2.6 billion in capital programs across its North American network, of which approximately C$1.3 billion is targeted toward maintaining the safety and integrity of the network, particularly track infrastructure. Total CN capital expenditures this year will account for more than 20 per cent of total revenues -- this puts CN's at the upper end of investment rates in the rail industry."