Community gathers to remember those who died due to homelessness 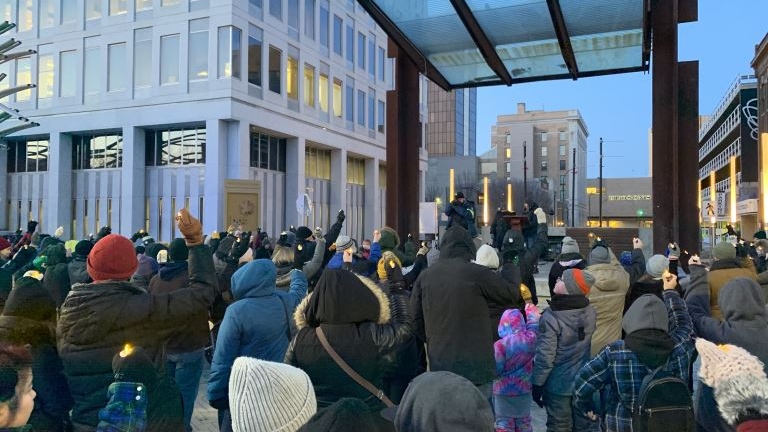 REGINA -- Cody Francis could easily have become one of the people being honoured at the Regina Homeless Memorial.

Francis lived on the street on multiple occasions early in his life, spending many nights sleeping in a garbage bin.

"I've experienced it more than a handful of times and I can definitely say that one time is not easier than another at all,” Francis said.

But Francis found a way out.

He says the support he's received from groups like Street Culture Project have helped him get back on his feet.

"Once I was old enough to finally get a job and learn and put myself into a better position where I could apply myself to better company, better people to surround myself with, it's been much easier since then,” Francis said.

Francis' story has a positive ending, but many don't with over a thousand people experiencing homelessness in Regina each year.

Blair Roberts with the John Howard Society of Saskatchewan says remembering those who lost their lives to homelessness is the least that can be done.

"We let them down when they were alive, I think we need to make sure that we're taking the time to honour their memory now,” Roberts said.

Organizers are hoping the fourth annual memorial can motivate the community to do more to help those struggling with homelessness.

Regina Police Chief Evan Bray says the RPS is committed to working with community groups to fight this issue.

"We can do better, we're going to come together and find ways to end homelessness,” Bray said. “There's some incredible work that is happening, continues to happen on that front, some of these community based organizations, it's just absolutely amazing the work that they do.”