Environment Canada confirms 3 tornadoes touched down in Sask. on Wednesday

Environment Canada confirms 3 tornadoes touched down in Sask. on Wednesday

Environment Canada has confirmed that three tornadoes touched down in Saskatchewan on Wednesday. 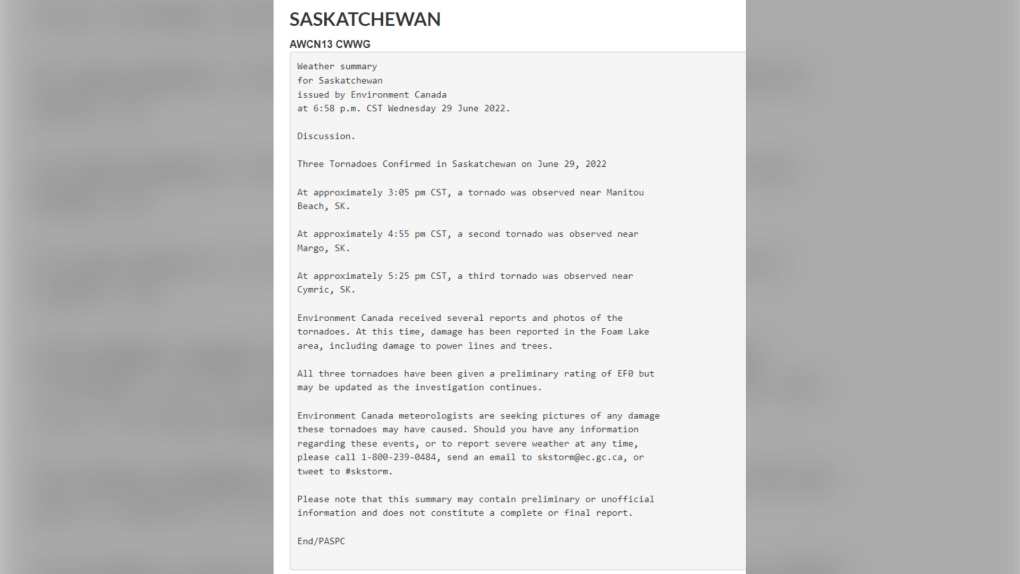 Environment Canada said all three tornados have been given a preliminary severity rating of EF0, but added that could change as the investigation continues.

Damage has been reported in the Foam Lake area to power lines and trees, according to Environment Canada.

Tornado from earlier near Foam Lake #skstorm sent to me by my dad back for damage assessment tomorrow pic.twitter.com/9itKFjtHKH

Those who have more information on the tornadoes are asked to report it to Environment Canada by phone, email or on Twitter using #skstorm.

Thunderstorm activity is not expected in Regina on Thursday.

When schools in one North Carolina county reopen later this month, new security measures will include stocking AR-15 rifles for school resource officers to use in the event of an active shooter.