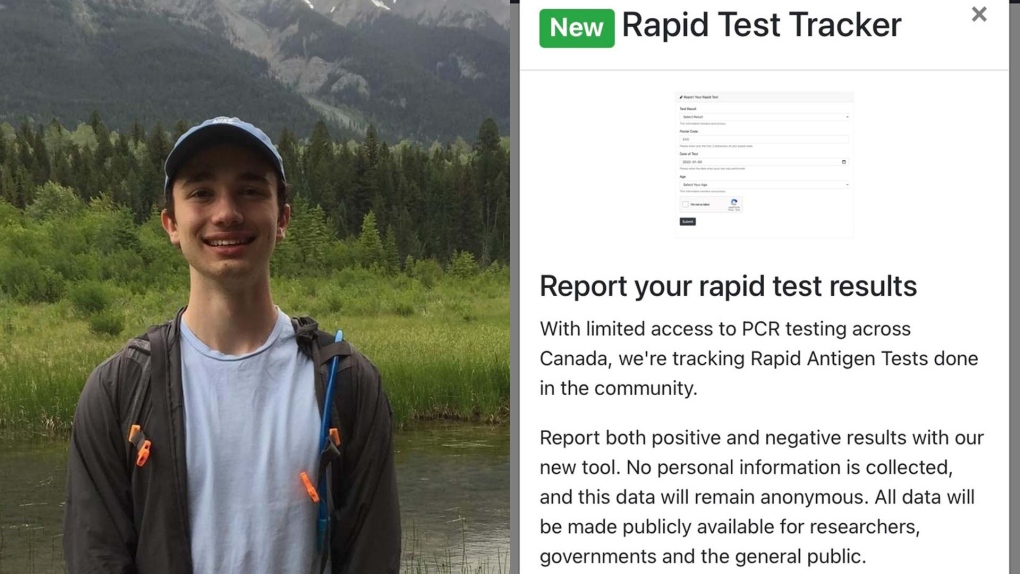 Saskatchewan’s recorded COVID-19 cases only reflect the positive results confirmed through a PCR test. However, one epidemiologist says this practice leaves too many cases unreported.

The province now recommends people who are asymptomatic or those with mild symptoms opt for a rapid antigen test rather than a PCR test, in an effort to preserve testing capacity.

PCR tests are still recommended for those who are at greater risk of infection or experiencing severe symptoms.

Epidemiologist Dr. Nazeem Muhajarine says the province is creating a “big gap” in its data by not keeping a formal record of rapid antigen test results. He adds that gap is “irretrievable” once the time has passed, as it is impossible to backdate all those cases.

“Without incidents and prevalence that are accurate, we know nothing about disease and the spread of a disease,” Muhajarine said.

Muhajarine says case numbers are a “fundamental” indicator for epidemiology, helping understand the scale of the spread. They can also trigger further investigation into new variants and help people better understand the “societal-wide burden” of the disease.

In certain provinces like Ontario, Muhajarine estimates there are about two or three unreported cases of COVID-19 for every one positive PCR test result.

However, he says it is unclear exactly how many cases in Saskatchewan are unreported.

“We have lots of unknowns with rapid antigen tests, which is why we have little to no idea how much of an undercounting is going on at this point in time,” Muhajarine said.

This is where Noah Little comes in.

The University of Saskatchewan student created an online COVID-19 tracker at the start of the pandemic. It tracks case numbers, vaccinations and hospitalizations across Canada based on regions.

“The whole idea of this is to fill the gap in official reporting,” Little said.

“It’s not to replace the official case counts, but it’s to really supplement that and maybe try to catch some of these cases that we’re missing with such limited testing.”

Since the launch of the new tracker, Little says more than 6,000 people have reported their rapid antigen test results, with about 2,000 coming from Saskatchewan.

The feature tracks positive, negative and invalid test results. All people have to do is enter their result, their age, the first three characters of their postal code and the date of the test.

“We collect very limited data just to be protected on that privacy front,” Little said.

Little says the biggest barrier is access to both the internet and rapid tests. However, if people get passed that, it will only take about 20 seconds to complete the entry.

New Brunswick recently started reporting rapid antigen test results on its government dashboard. Saskatchewan’s chief medical health office says that is something the government could look at doing in the future.

According to Dr. Saqib Shahah, the province’s cases that are confirmed through PCR testing represent about 20 to 30 per cent of all cases.

Shahab says at any given time two to three per cent of Saskatchewan’s population could have COVID-19, which is roughly 20,000 to 30,000 people.

As a result, Shahab says we can no longer rely on testing numbers and daily new cases as indicators.

“This is a very different phase of the pandemic. We will have to rely more on the lagging indicator of hospitalizations,” he said.

No matter how many extra resources are deployed to PCR testing sites, Shahab says it will not be able to keep up with demand.

He encourages those who test positive on a rapid antigen test to report it online.

“I think that could be an additional tool. Obviously it’s not going to be complete but it does give you a sense of what’s happening,” he said.

Muhajarine would like to see the government use an official tracking system for rapid tests.

Rapid antigen tests play an important role screening and self-monitoring, but Muhajarine says “we are asking it to do more that what we had built it to do.”

Ideally, he says rapid tests will only temporarily be used for diagnosis, as the province tries to limit the strain on testing capacity due to Omicron.

Once this wave passes, he would like to see PCR testing available for everyone.

Canadians may find a lot of long faces at the pump heading into the long weekend as gas prices across the country remain high.

Ten children in Canada were found to be suffering from acute severe hepatitis not caused by known hepatitis viruses over a nearly six-month period recently, the Public Health Agency of Canada announced Friday.