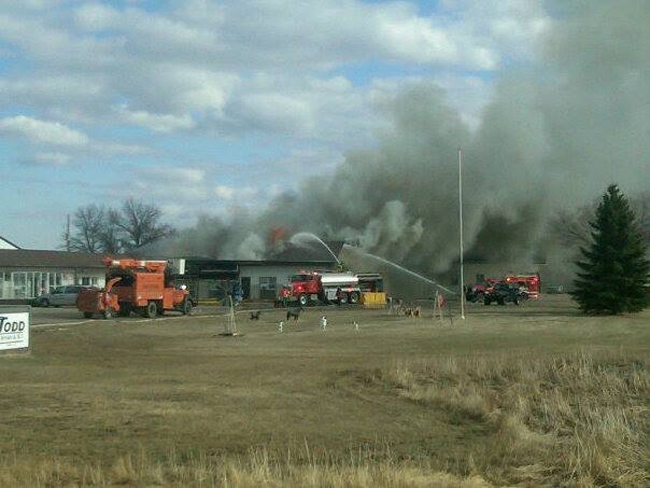 A motel in Canora, Sask. is substantially damaged after a fire on Sunday.

A motel in Canora, Sask. is substantially damaged after a fire ripped through it Sunday afternoon.

The motel, located about 50 kilometres north of Yorkton, caught fire at approximately 1 p.m.

No one was hurt and firefighters contained the flames to the south corner of the building, which is on Highway 9 on the town's south edge.

The cause of the fire isn't known, but investigators say it's not suspicious.