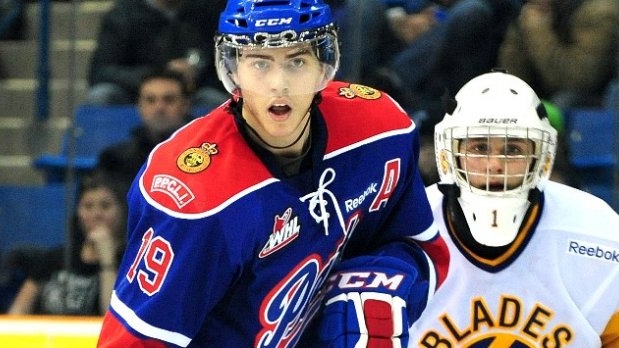 Jordan Weal with the Regina Pats.

The North Vancouver product was taken in the third round of the 2010 NHL Entry Draft and has played a total of 218 regular season games in the NHL with the Los Angeles Kings, Philadelphia Flyers, Arizona Coyotes and Montreal Canadiens.

Other notable names to make Team Canada include Eric Staal, David Desharnais, along with Mason McTavish and Owen Power, who were both part of Team Canada at this year’s cancelled world juniors.

Thunderstorms kill 2 in southern Ont., knock out power in parts of Que.

As the May long weekend kicked off, a massive thunderstorm in southern Ontario and Quebec brought strong wind gusts that knocked down trees, took out power and left at least two people dead.

Alberta Premier Jason Kenney says he will not be running in the race to pick a new leader of the United Conservative party.

Roberta Drury, a 32-year-old woman who was the youngest of the 10 Black people killed at a Buffalo supermarket, was remembered at her funeral Saturday for her love for family and friends, tenacity 'and most of all, that smile that could light up a room.'

Why does smoke seem to follow you around a campfire? B.C. research scientist Kerry Anderson told CTVNews.ca the answer actually boils down to physics.

Some drivers in Toronto may be feeling on edge as Toronto is dealing with a rash of violent carjackings targeting mostly high-end vehicles.

A year of trauma, catharsis and finally peace for some survivors of Kamloops school

The nightmares started last May, said Harvey McLeod, chief of the Upper Nicola Indian Band and a survivor of the former Kamloops Indian Residential School.