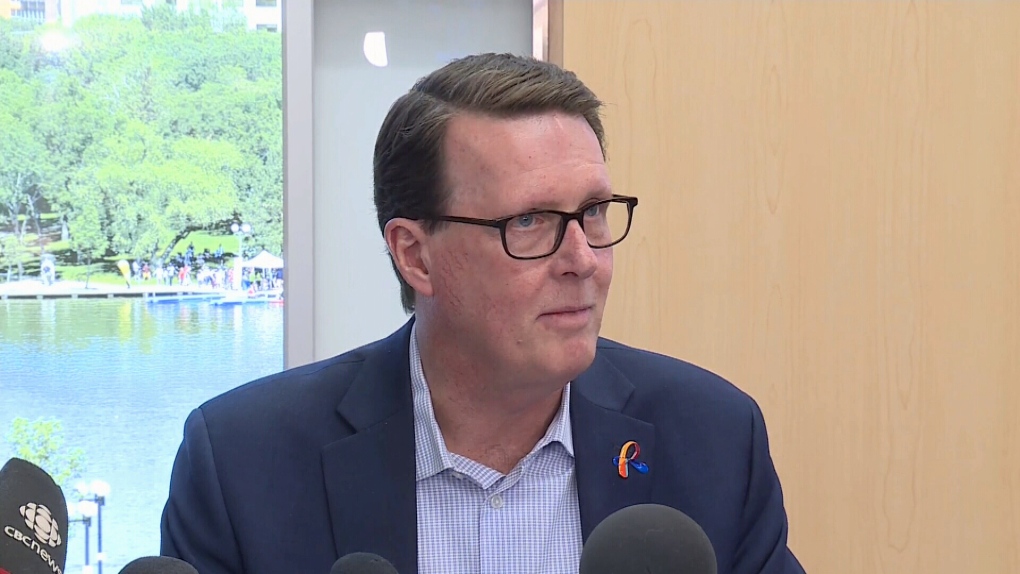 REGINA -- Mayor Michael Fougere is calling on the federal government to set up the Canada Water Agency in the city, as well as bolster Regina’s trade industries.

In a letter to Deputy Prime Minister Chrystia Freeland, Fougere said on Monday the city would be well positioned to headquarter the agency because the province is known for water projects, like the $4 billion irrigation project.

He said other capital cities are known to have more federal agencies, saying it makes sense to bring this agency to Saskatchewan’s capital.

"Regina is perfectly positioned in the centre of the west," he said.

The federal government has proposed to create the Canada Water Agency to keep the country’s water clean, safe and well managed.

The agency would also promote collaboration between different levels of government, Indigenous communities and scientists.

As well, Fougere is requesting the federal government support the trades in the city.

He said the cancellation of $150 billion worth of energy projects has hit Regina hard.

For example, he said, Evraz Steel has cut many jobs and hundreds more are at risk.

“Regina is well-positioned to grow with our skilled workforce, increasing population and world-class infrastructure, but we need an economic booster shot,” he said in the letter. “We cannot burden our citizens or businesses with tax increases, and we cannot legally run a deficit.”

He said federal energy policy has put a chilling effect on investment.

“Talk of a clean fuel tax adding to the burden of the other carbon tax or any further policy harming our industries hurts our economic prospects,” he said. “We can significantly reduce worldwide emissions by simply exporting more of our clean, sustainably produced energy to a world that needs it. That should be the priority.”

“If your government wants to pursue a ‘green recovery,’ funding for green municipal projects must be paramount,” he said.

He said he appreciates the federal government’s response to the COVID-19 pandemic, but added that more support is needed.

“As we continue to fight this virus and recover economically, municipalities like Regina will still need your significant support,” he said.