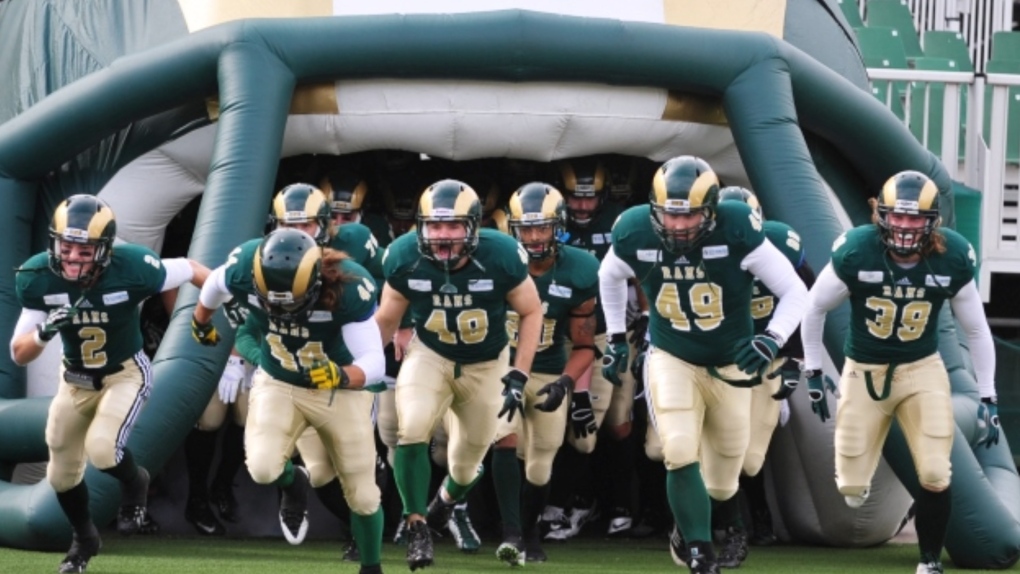 Regina Rams run out of the tunnel at Mosaic Stadium. Courtesy: CanadaWest.org
REGINA -

It was a game that was well under control until it wasn’t.

The #7 nationally ranked University of Regina Rams carried a 23-0 lead into the fourth quarter before UBC mounted an incredible comeback to win 31-30 in overtime on a successful two-point conversion.

The Rams scored all 23 of their points in the first half to the delight of the 1,275 fans in attendance at Mosaic Stadium on Saturday.

Donnelly finished the afternoon completing 21 of 37 attempts for 341 yards, three touchdowns, and an interception. He was also sacked by the defence twice.

UBC quarterback Garrett Rooker completed 31 of 47 pass attempts for 335 yards, one touchdown and an interception. Running back Isaiah Knight, running back Dane Kapler and Rooker each scored touchdowns for the victory.

The Rams gave up 200 net yards on the ground to the Thunderbirds. Knight’s one-yard touchdown plunge in the extra session proved to be the difference. The Rams and T-Birds traded overtime touchdowns before the Knight major.