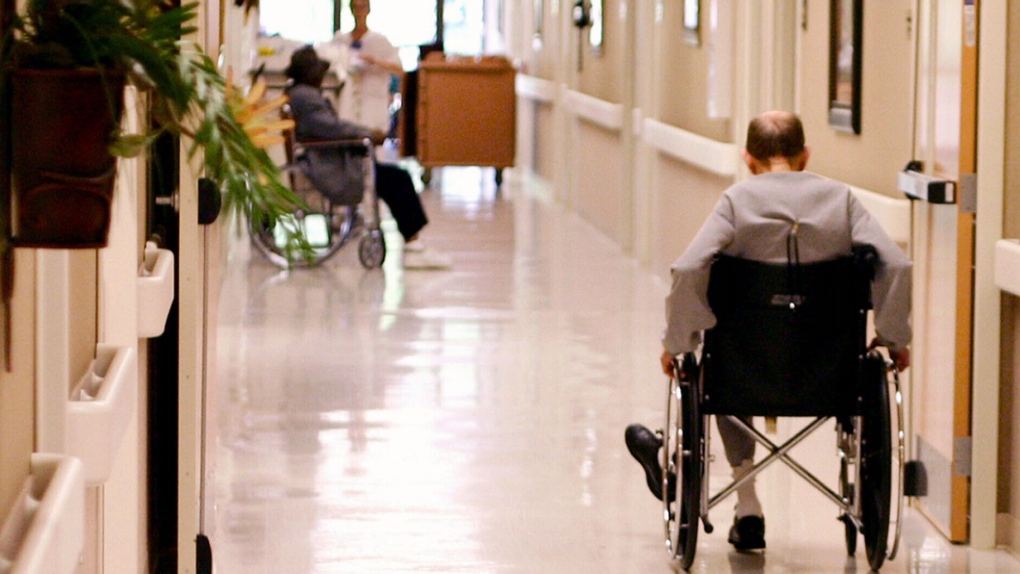 REGINA -- As the NDP Opposition pushes for long-term care reform, Saskatchewan’s COVID-19 death toll builds – and care homes continue to be the site of a number of coronavirus fatalities.

According to the Ministry of Health, as of Feb. 3, 117 people have died of COVID-19 in Saskatchewan special care homes (also referred to as long-term care homes) and personal care homes since the beginning of the pandemic.

Extendicare – which is the province’s only for-profit provider – faced a major outbreak in December at its Parkside home in Regina. The virus impacted more than 200 residents, triggered an Ombudsman investigation and ignited the NDP’s calls for reform.

The facility’s death count differs depending on the source; according to the NDP, 43 people died of COVID-19 at Extendicare Parkside, the government said 38 in its letter to the Ombudsman, and Extendicare said 41.

On Jan. 22, the SHA confirmed there had been 41 COVID-19 deaths at Extendicare Parkside – two deaths were removed from the count on Jan. 20. The health authority said the deaths were “not confirmed to be COVID-19 related” though the residents had tested positive for the virus.

The province’s chief medical health officer said there is a detailed discussion before a cause of death is determined and in some cases, a death that was attributed to COVID-19 is revised, or COVID-19 may be an incidental finding.

“There is a confirmation that happens with care providers including physicians,” Dr. Saqib Shahab said during a press conference on Tuesday. “You may have a situation when there is an outbreak, and someone may be COVID positive but actually asymptomatic. The death may have been due to pre-existing conditions or someone was doing poorly in a situation where other factors were involved.”

According to Extendicare, out of the 41 deaths associated with the Extendicare Parkside outbreak, 38 deaths occurred at the Parkside facility and three residents who tested positive after being transferred to Pioneer Village also died.

There is currently an active outbreak at Extendicare Preston in Saskatoon. Extendicare said as of Tuesday, nine people at the home have died due to COVID-19.

According to Health Canada, Saskatchewan’s death rate for the last 14 days is eight per 100,000 people – tied with Quebec for the top spot. The province’s COVID-19 death count in January alone was equal to last year’s total.

Care facilities in Saskatchewan were relatively unscathed during the first wave of the pandemic, however, the second wave hit homes with blunt force. Out of the 117 COVID-19 deaths in care homes, 108 have happened since Dec. 1.

According to the government’s list of active outbreaks, there are currently 27 outbreaks of the virus listed under various types of care homes.

“The proximity of people to one another in older facilities – where there's more than one person in a room – means that [COVID-19] does spread more aggressively than it would if we had a population of elderly people living in their own houses where they can simply stay at home,” said Kendel.

Kendel said the arrival of the U.K. variant in the province “certainly raises more concern.”

The U.K. variant of the virus – also known as the B.1.1.7. variant – has raced through a long-term care home in a Barrie, Ont. As of Wednesday, there have been 90 diagnoses, with an additional 57 possible cases, and 66 deaths since an outbreak was declared on Jan. 8.

The Saskatchewan NDP has pleaded with the government for care home reform. On Tuesday, the party called for an end to for-profit care homes and recommended the five Extendicare facilities in the province be transferred to the management of the SHA.

The premier was asked if his government is interested in taking over Extendicare facilities in Saskatchewan during the province’s COVID-19 update on Tuesday.

“I think the people of Saskatchewan know very well we have committed vast amounts of resources to ensure that long term care in Saskatchewan is as safe as it can possibly be,” responded Moe.

The NDP has also called for Extendicare’s financial agreements to be included in the Ombudsman’s investigation. The party claimed the provider has continued to pay dividends to its shareholders throughout the pandemic.

In a statement, Extendicare said it continues to invest in protections for staff and residents, and its “long standing dividend practices are not a barrier to these investments.”

Dr. Dennis Kendel said the arrangement the NDP is calling for need to be considered “not just in the heat of the moment” but on a long-term basis.

According to Kendel, privately operated facilities can be safe, so long as “rigorous” standards and inspection practices are in place, and residents come first.

“You need to have some regulations that guarantee that the operators of such facilities don't make the return on investment to investors a higher priority than residence safety,” said Kendel.

Extendicare emphasized that it has taken “decisive steps” throughout the pandemic to protect residents. Spokesperson Laura Gallant said the care home provider has spent $42.5 million on pandemic measures and received approximately $22.7 million in government funding from various pandemic program that partially offsets those costs.