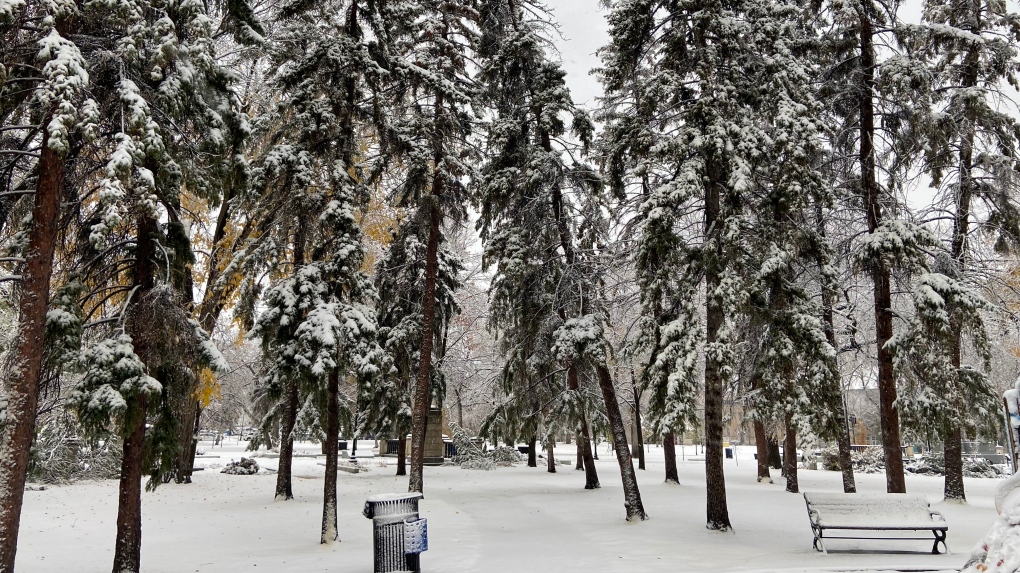 The snow cover in the Queen City could be seen in Regina's Victoria Park. (Luke Simard/CTV News)

The report noted that most of Saskatchewan was on the dry side going into winter.

While some areas experienced higher than normal spring and summer precipitation, the last half of the summer and fall was dry, leading to drier soil conditions at freeze-up.

Most large water supply reservoirs across southern and central Saskatchewan currently have adequate supplies, the WSA said in its report.

Two significant snowfalls in the central and southwest regions of the province did melt and improve near surface soil moisture during the fall.

At this time, the WSA believes no areas in the province are at a heightened risk of higher than normal spring runoff.

However, there is concern of surface water supply issues in the southwest corner of the province if winter snowfall is below average, the report said.

The WSA is forecasting near normal temperatures this winter with above average snow packs. The forecast was informed by historical data, the WSA said.

The initial Spring Runoff Outlook for 2023 will be issued in early February by the WSA.

The Bank of Canada released a summary of its Governing Council meetings on Wednesday, providing the public and financial institutions with more insight into the central bank’s decision to raise its key interest rate on Jan. 25.

Netflix Canada is rolling out its long-anticipated plans to crack down on password sharing, saying it will begin notifying Canadian users today by email about limitations.

The sacrifices female killer whales continue to make for their sons well after they are weaned is negatively affecting their reproductive health, according to new scientific research.

Turkiye-Syria earthquake: How to give to rescue and recovery efforts

In the aftermath of the deadly earthquake that struck Syria and Turkiye, Canadians are donating money and supplies to rescue and relief efforts there. CTVNews.ca rounds up ways you can contribute to charities based in Canada and abroad.