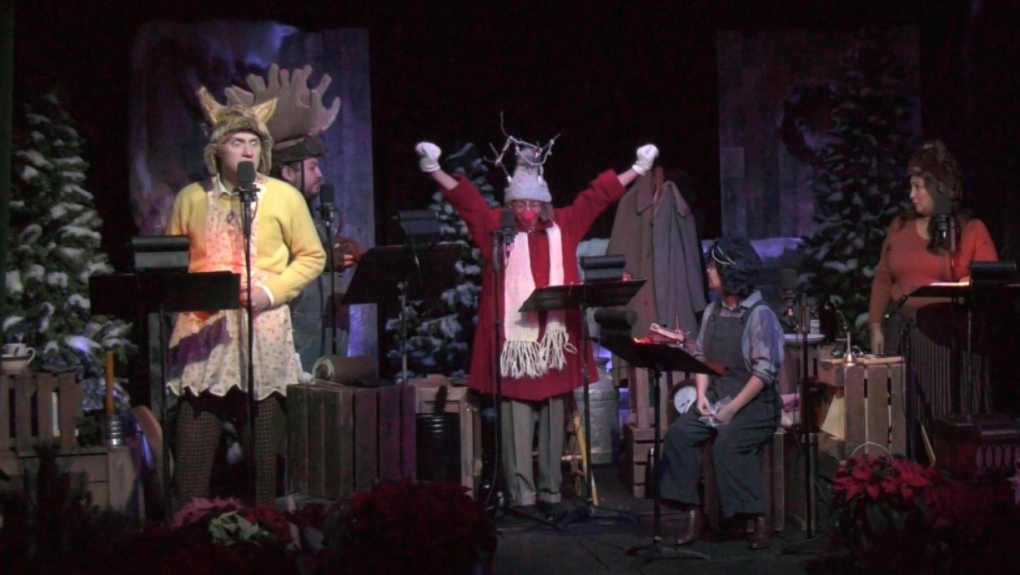 'Making Spirits Bright', performed by the Globe Theatre on stage at The Artesian. (Gareth Dillistone/CTV News)

With the holiday season well underway, the Globe Theatre has brought back an old-fashioned Christmas radio play, with some modern elements.

The musical, ‘Making Spirits Bright’ and its cast returns for its second year at The Artesian.

“We have two stories, one by Thomas King, and one by W. O. Mitchell, so two of the country's story tellers, and we took these two stories and we created a live radio play version of it,” Brewin explained.

“Now it’s not live broadcast, so in the spirit of ‘It’s a Wonderful Life’, that’s it, kind of got that flavour to it.”

‘Making Spirits Bright’ is set to run from Dec. 2 to Dec. 23 at The Artesian.

According to the Globe, the show is 87 per cent sold out.

Deputy Prime Minister and Finance Minister Chrystia Freeland is hosting an in-person meeting Friday with the provincial and territorial finance ministers in Toronto to discuss issues including the current economic environment and the transition to a clean economy.

Bodies are those of 3 rappers missing nearly 2 weeks: Detroit police

Three bodies found in a vacant Detroit-area apartment building have been identified as those of three aspiring rappers who went missing nearly two weeks ago, police said Friday.