Jeremy Patzer is the incumbent Conservative Party of Canada candidate for Cypress Hills-Grasslands.

He was one the board of directors for the riding for five years before running and being elected in 2019. Prior to that, Patzer was a member of several community boards and reffed basketball.

Patzer said he always advocates for what small towns and rural communities need.

“Our party has a plan to unite Canadians and to treat all regions of the country equally and we’re going to address the concerns that we face out here in western Canada but we’re going to do so in a respectful manner that will work for everybody in the country and benefit everybody,” said Patzer. “We’re working with the provinces, not against the provinces.”

If re-elected, he is looking forward to continuing the progress that was being made core issues, such as natural resource development.

Patzer also said the party is prioritizing getting the economy going and getting jobs back, which includes securing more rapid and at-home tests to provide people more flexibility and certainty when going out or travelling.

Carole Vandale is the Green Party Candidate for Cypress Hills-Grasslands.

CTV News contacted the party for an interview, but was told Vandale was unavailable.

Mackenzie Hird is the Liberal Party candidate for Cypress Hills-Grasslands.

Hird’s bio states Hird and Justin Trudeau are “the only team with a real plan” to grow the economy, protect people’s health, protect a clean environment and make life better for families.

CTV News reached out for comment and received no response.

Alex McPhee is the NDP candidate for Cypress Hills-Grasslands. A professional geographer working in geospatial data and maps, McPhee found his way to politics through data analysis and his interest in political history.

He said the NDP platform is very health-focused, promising to reintroduce dental and prescription drug coverage, which has a special connection to the riding.

“We are going to get the federal government to finally roll those back in to medicare covering them on your Saskatchewan health card 76 years after that program was originally developed right here in the southwest,” McPhee said.

Living in Val Marie, Sask., McPhee said he experiences many of the same struggles as others in the riding, such as travelling for medical care.

He said the NDP is also promising rural public transportation in their platform, also emphasizing the removal of long term care from the private sector.

Charles Hislop os the People’s Party of Canada candidate for Cypress Hills-Grasslands. He said the PPC aligned with his values and priorities living in Shaunovan, Sask. with his family.

He added the party is the only one respecting the constitution 100 per cent, which it is using to protect people’s rights and enable the country to grow.

“We all love our families and we all we want better for our children and we want the country to be better for the next generation and we need to just start focusing on where we want Canada to go instead of where my little specific group needs to be,” said Hislop.

Hislop also emphasized the need to balance the budget and take fiscal responsibility and no mandatory vaccines.

Mark Skagen is the Maverick Party candidate for Cypress Hills-Grasslands. Living on a farm at the base of the Cypress Hills, he is looking to be the voice of the people in the riding.

A first time candidate, he found the Maverick Party looking for a fundamental change after years of voting the same way. This year, Skagen said, is the time to make a difference.

He said the party aims to be a voice exclusively for the west.

He also said the party is looking for more autonomy for the provinces and advocates for personal freedoms. 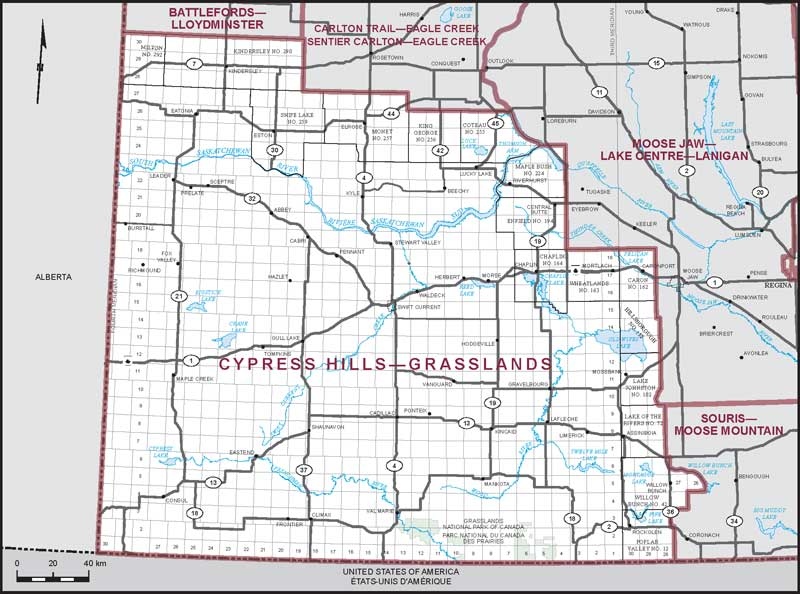 Cassidy Hutchinson, a key aide in Donald Trump's White House, told the House committee investigating the violent Jan. 6, 2021, insurrection on Tuesday that Trump was informed that people rallying on the mall that morning had weapons but he told officials to 'let my people in' and march to the Capitol.

Ghislaine Maxwell, the jet-setting socialite who once consorted with royals, presidents and billionaires, was sentenced to 20 years in prison Tuesday for helping the wealthy financier Jeffrey Epstein sexually abuse underage girls.

A jury at a coroner's inquest into the deaths of three women murdered by their former partner is recommending that Ontario formally declare intimate partner violence an epidemic and establish an independent commission dedicated to eradicating it.

Who is Cassidy Hutchinson, the Meadows aide testifying before U.S. Congress?

The top aide to former White House chief of staff Mark Meadows who is testifying before the House select committee investigating the January 6, 2021, Capitol riot was a young, fast-rising star in the Trump administration.

Adults over 50 who have had COVID-19 are more likely to experience a shingles outbreak, according to a study published in May.

Canada has been without an ambassador to China for 6 months. What's the holdup?

At a time of enhanced global uncertainty and growing Chinese influence, the Canadian government faces mounting pressure to appoint a diplomatic representative in Beijing after the post has sat vacant for six months.