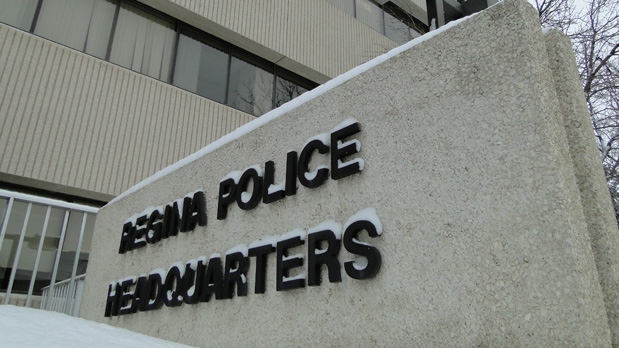 A Regina man is facing 15 charges following an alleged assault in east Regina on Monday.

According to the Regina Police Service (RPS), officers were dispatched to the area of 1700 block of Dewdney Avenue East just before 10 p.m. on Dec. 5 following a report of a firearms incident.

A man told police that a suspect tried to break into his vehicle. When the victim tried to stop the suspect, he was hit in the face by what looked like a gun, RPS said.

The victim suffered minor injuries and the suspect fled the scene.

Police found the suspect in the area and arrested him without incident. After an investigation, a 30-year-old Regina man is facing 15 charges.

They include assault with a weapon, pointing a firearm while uttering death threats, breach of a probation order and mischief under $5,000.

The accused made his first appearance in Provincial Court in Regina on Dec. 6.

A gay man is taking the federal government to court, challenging the constitutionality of a policy restricting sexually active gay and bisexual men from donating to sperm banks in Canada, CTV News has learned.

A Quebec woman said she was very surprised to find her stolen Audi had been used in what’s being described as an “absolutely insane” Ontario mall robbery.

Canadian Actor Ryan Reynolds dropped by a Toronto college on Wednesday, surprising students in the midst of a school project.

A long-time CBC radio producer who was the victim of a random assault in Toronto last week has died, the public broadcaster confirms.

A team of preteen Ukrainian refugees that have been scattered across Europe by war arrived Wednesday in Quebec City, where they'll get the chance to compete in a renowned hockey tournament.

Candice Bergen, the former interim leader of the Conservative Party of Canada, is resigning from Parliament.

Nearly a year since Russia's invasion of Ukraine, community organizers say there is still work to be done to help the thousands of Ukrainian refugees looking to start a new life in Canada while coping with the hardships they've faced coming here.

After a radioactive capsule went missing in Australia, could the same happen in Canada?

After a tiny radioactive capsule went missing in the Australian outback, an expert in Canada says the likelihood of the same happening in this country is unlikely, given our strong regulations governing the handling of radioactive materials.

As Black History Month gets underway, Canada Post has unveiled a new stamp honouring Chloe Cooley, a young Black woman who was known to challenge her enslavement in the late 18th century.